A Ghost in Trieste 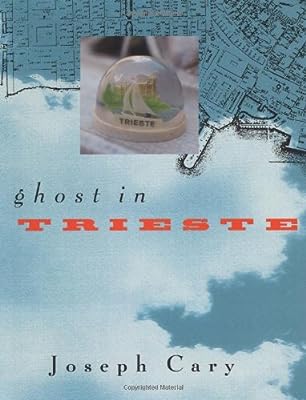 Gem of the Adriatic, Trieste sparkles and beckons through the pages of poets and novelists. Drawn there in search of literary ghosts, of the poet Umberto Saba and the novelists Italo Svevo and James Joyce, Joseph Cary found a city with its own imaginative life, a crossroads of East and West. A port held in turn by Romans, Austrians, Italians, Germans, Slavs, and finally Italians again, Trieste is the capital of nowhere. Fertile source of a unique literary fluorescence in the first third of this century, it has been a home for exiles and an exiled city. Trieste’s cultural and historical riches, its geographical splendor of hills and sea, and its mysterious presence unfold in a series of stories, monologues and literary juxtapositions that reveal the city’s charms as well as its seductive hold on the writer’s imagination. Literary and immediate impressions alike are elaborated in paintings and maps, and in handsome line drawings by Nicholas Read. Part travel diary, part guidebook, part literary history, A Ghost in Trieste is a wonderful introduction to what Cary calls the “city made of books.”

A Small Place in Italy Ships of Our Ancestors