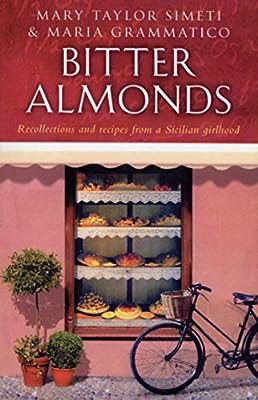 In the early 50s, Maria Grammatico and her sister were sent by their impoverished mother to the San Carlo, a cloistered orphanage in Erice, an ancient hill town on the western coast of Sicily. It was a Dickensian existence – beating sugar mixtures for six hours at a time, rising before dawn to prime the ovens, and surviving on an unrelenting diet of vegetable gruel. But it was here that Maria learned to make the beautifully handcrafted pastries that were sold to customers from behind a grille in the convent wall. At 22, Maria left the orphanage with no personal possessions, minimal schooling and no skills other than what she carried in her head and hands – the knowledge acquired during a childhood spent preparing delicacies for other people’s celebrations. Today, she is the successful owner of her own world-famed pasticceria in Erice, her counters piled high with home-made biscotti, tarts, cakes and jams – torta divina, cassata siciliana, cotognata. This is her story, told by her friend and long-time customer as a tribute to Sicilian food and culture and a record of an historic and vanishing craft.

Many Beautiful Things: Stories and Recipes from Polizzi Generosa The Sicilian Gentleman’s Cookbook