Emperor: The Gates of Rome 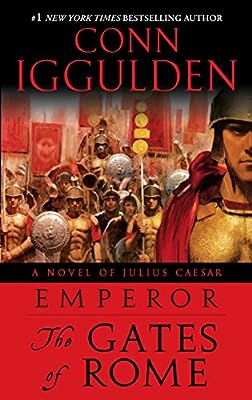 From Library Journal: English writer Iggulden’s first novel is the story of two young boys-Gaius and Marcus, raised as brothers though one is illegitimate-as they grow to adulthood in Rome two millennia ago. At that time, the republic was beginning to fall apart, a collapse that would result in the civil wars that brought the emperors to power. It was a time of turmoil, chaos, revolutions, casual violence, and savage brutality, and Iggulden’s descriptions of the culture and environment are vivid. Although covering a period unknown to most lay readers, Emperor is a surprisingly fast and often exciting read.