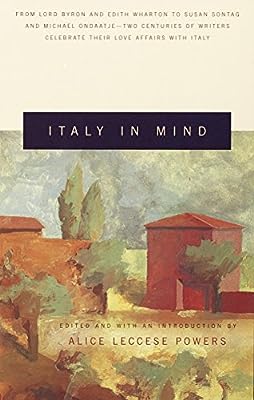 Italy has long been associated with love, images of Romeo serenading Juliet, and over-sexed locals pinching tourist flesh. But another Italian love affair has been going on for just as long, namely the writers who’ve been enchanted with the place for centuries. Alice Powers has collected an anthology of 41 authors spanning two centuries and all of Italy. There’s Lord Byron on Venice, Herman Melville on Padua, Michael Ondaatje on Tuscany, Charles Dickens on Genoa, Richard Wilbur on Rome, Mark Twain on Naples, and Calvin Trillin on Sicily, for a feast of fine literature set in glorious surroundings.

On the Shores of the Mediterranean Excellent Cadavers: The Mafia and the Death of the First Italian Republic