The Women of Molise: An Italian Village, 1950 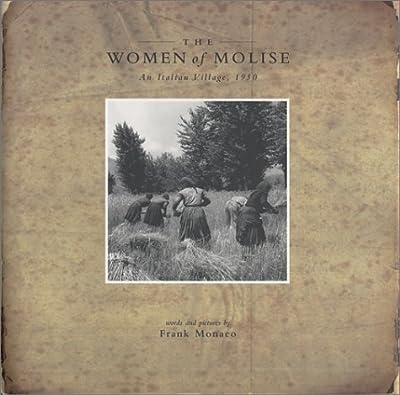 Born in Brooklyn, photographer Frank Monaco (They Dwell in Monasteries) grew up hearing his mother’s stories about her native village, Cantalupo, in the Molise, a mountainous, wild and terribly poor region of southern Italy. In 1950, Monaco traveled to the Molise, and took pictures to send his mother. A son’s loving gesture soon turned into an extensive project, and Monaco documented the village and its inhabitants with tremendous intimacy and grace. At that time, many of the men of Molise had emigrated, and until they earned enough to send for their families, the women were left behind to work, look after their children, pray and survive. Monaco’s black-and-white pictures, collected in The Women of Molise: An Italian Village, 1950, catch them in moments of solemn ritual, tenderness and sometimes even joy. A sensitive record of an important moment in a region’s history.