Portrait of a Lady (Konemann Classics)

Amazon Reader Review: “The novel Portrait of a Lady is a beautiful. It starts out with a girl named Isabel Archer who goes with her Aunt Touchett to England. Isabel is portrayed beautifully by James in the novel as a curious, independent, intelligent lady. She arrives in isolated Gardencourt where she meets her uncle and her cousin, Ralph Touchett. Soon, she is proposed to by Lord Warburten portrayed as a polite, wealthy, radical gentleman but rejects him because her curiousity expects another, better suiter. Caspar Goodward, her other lover, fallows her to England and is determined to marry her. The two men come in even further in the novel when intrigue and scandel take place. Isabel travels all through Europe but is eventually entrapped and decieved. Drama and intrigue take the stage then. By that time it may sound like some dumb soup opera, but really he refines the situations and makes them realistic but still dramatic unlike most stupid soaps. Some parts may seem long and dull because he explains himself so explicitly with huge paragraphs about one subject but it’s worth it when you’re finished. The characters are done superbly with wonderful description. There is much irony, too, but if you immediately think irony is funny like some people its not in this novel. It’s as a whole a serious novel. The ending is very well done if you think about it. Though it may seem odd it is as a whole witty and crafty.”

Amazon Reader’s Review: “The films Room With a View and Wings of the Dove make one wonder about the Italy reflected in classical paintings executed before the destruction of WWII. My curiosity was heightened in an art history class when the instructor showed a photo slide of the Ponte Vecchio and told the amazing story of the Nazi pilot who disobeyed orders to destroy the last bridge the allies could cross on their advance north. This beautiful book brings to mind the saying, “The Past is a Foreign Country.” Italy of the 19th Century is a place none of us can know except through records left by one who witnessed it. The book consists of essays James wrote on his travels to various places in Italy including Venice, Rome, and Florence. He visited some places several times and the text reflects the changes he observed on revisits.

He records an Italy whose poverty for a time prevented the intrusion of developers, who later made many changes perhaps for the worse. James was not a worshipper of old buildings, he appreciated them, but he was also aware of the suffering of the Italians, many of whom existed in dire poverty. His reflections on various cathedrals, churches and other objects of artistic interest are humanized by his comments about the individuals he encounters. He muses on the morality of travel, “whether it has been worthwhile to leave his home [and] encounter new forms of human suffering.” His awareness of the Italians themselves makes his writing a bit like that of Paul Theroux, a traveler and writer in our times. James differs from Theroux however. My sense is that James is a little less likely to criticize and a little more willing to overlook unpleasantness. Perhaps that makes him less of a realist, or perhaps Italy was a more pleasant place in the 19th Century.” 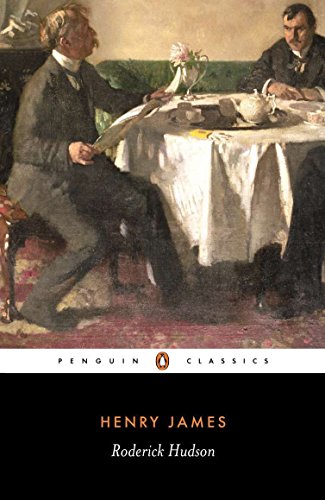 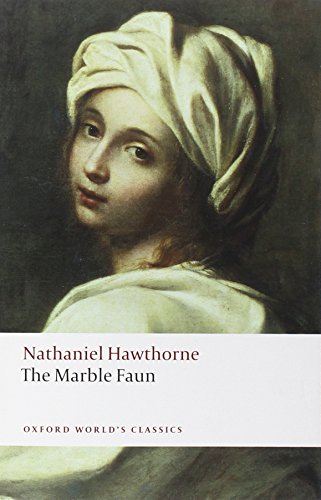 The fragility and the durability of human life and art dominate this story of American expatriates in Italy in the mid-19th century. Befriended by Donatello, a young Italian with the classical grace of the “Marble Faun,” Miriam, Hilda, and Kenyon find their pursuit of art taking a sinister turn as Miriam’s unhappy past precipitates the present into tragedy. Hawthorne’s ‘International Novel’ dramatizes the confrontation of the Old World and the New and the uncertain relationship between the ‘authentic’ and the ‘fake’ in life as in art. The author’s evocative descriptions of classic sites made The Marble Faun a favorite guidebook to Rome for Victorian tourists, but this richly ambiguous symbolic romance is also the story of a murder, and a parable of the Fall of Man. As the characters find their civilized existence disrupted by the awful consequences of impulse, Hawthorne leads his readers to question the value of Art and Culture and addresses the great evolutionary debate which was beginning to shake Victorian society. 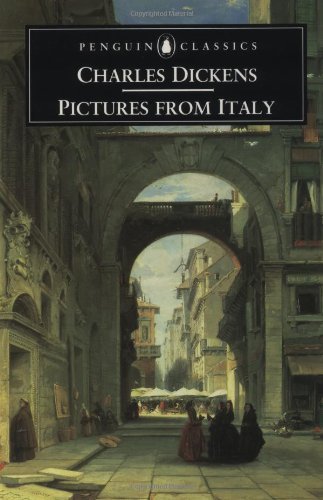 In 1844, Charles Dickens took a break from novels to travel in Italy for almost a year. This thrilling travelogue is the result of his encounters with Italy’s colorful street life, the visible signs of its richly textured past, and its urban desolation. Dickens was particularly drawn to the costumes, cross-dressing, and sheer exuberant energy of the Roman carnival. Avoiding the traditional tourist sites, Pictures from Italy reveals the anxieties and concerns of its author as he presents, according to Kate Flint, the country “like a chaotic magic-lantern show, fascinated both by the spectacle it offers, and by himself as spectator.”

Roman Mysteries #3: The Pirates of Pompeii

Suitable for Grades 4-7. It is a.d. 79. The Roman world is reeling from the eruption of Mount Vesuvius. Hundreds of refugees are living in a makeshift camp, trying to come to terms with what has happened. Then even more tragedy strikes: the camp’s children begin to disappear. Flavia Gemina and her friends Jonathan, Nubia, and Lupus are determined to find out more and start to investigate a powerful and charismatic man known as the Patron. A dangerous trail leads them to the caves and grottoes of Sorrento, where they encounter pirates, slave dealers—and possible death.

Roman Mysteries #2: The Secrets of Vesuvius

Suitable for Grades 4-7. Flavia, Jonathan, Lupus and Nubia – friends and detectives – sail to the Bay of Naples to spend the summer with Flavia’s uncle, who lives near Pompeii. There they uncover a riddle that may lead them to great treasure. Meanwhile, tremors shake the ground, animals behave strangely, and people dream of impending doom. One of the worst natural disasters of all time is about to happen: the eruption of Mount Vesuvius! 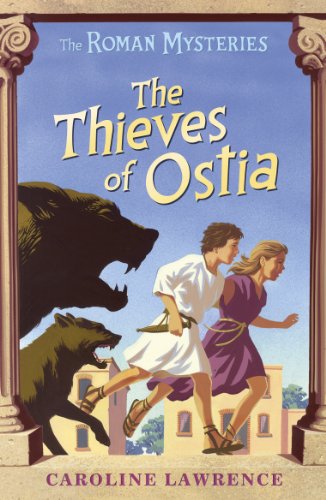 Suitable for Grades 4-7. The place is Ostia, the port of Rome. Flavia Gemina, a Roman sea captain’s daughter, is about to embark on a thrilling adventure. Set in a graveyard, marketplace, and courtyards of a Roman city, this fast-paced mystery paints a vivid picture of the life in ancient times.

When the dogs on Flavia’s street start dying, she is determined to find out who is killing them–and why. Her investigation leads her to three extraordinary people: Jonathan, her new neighbor; Nubia, an African slave girl; and Lupus, a mute beggar boy. They become firm friends as they search for the killer, narrowly escape being kidnapped by a slave dealer, and uncover a series of burglaries.

This guide covers seven stunning regions of Italy from Lazio, the section south of Rome, down to Calabria. Also included is comprehensive information on Naples and the islands of southern Italy–Capri, Ischia, and Procida. Southern Italy offers a spectacular array of sites, including Pompeii, Herculaneum, and Vesuvius. Everything from art and architecture to flora and fauna is covered in this detailed and indispensable guide. 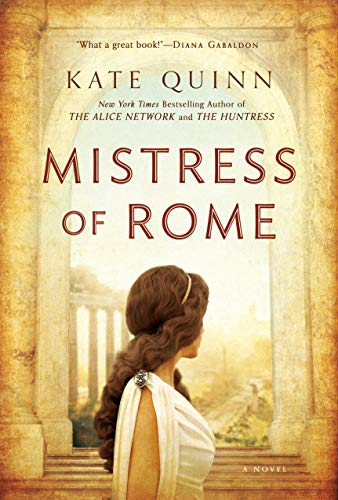 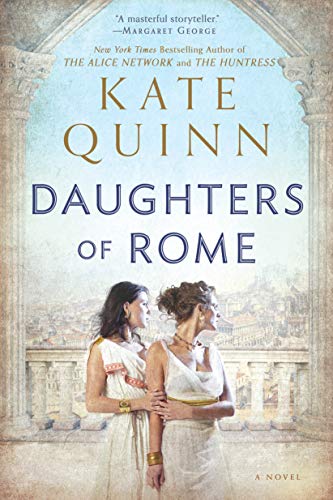 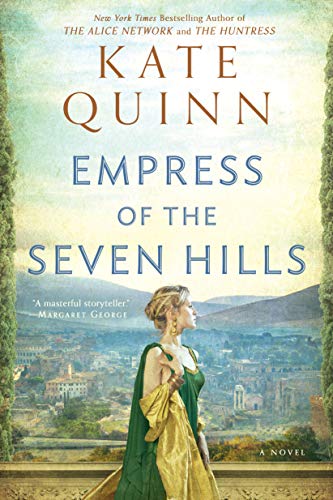 Kate Quinn is a native of southern California. She attended Boston University, where she earned a Bachelor’s and Master’s degree in Classical Voice. A lifelong history buff, she has written four novels in the Empress of Rome Saga, and two books in the Italian Renaissance detailing the early years of the infamous Borgia clan. All have been translated into multiple languages.