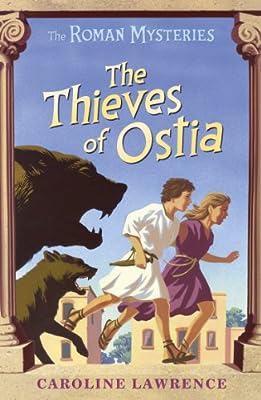 Suitable for Grades 4-7. The place is Ostia, the port of Rome. Flavia Gemina, a Roman sea captain’s daughter, is about to embark on a thrilling adventure. Set in a graveyard, marketplace, and courtyards of a Roman city, this fast-paced mystery paints a vivid picture of the life in ancient times.

When the dogs on Flavia’s street start dying, she is determined to find out who is killing them–and why. Her investigation leads her to three extraordinary people: Jonathan, her new neighbor; Nubia, an African slave girl; and Lupus, a mute beggar boy. They become firm friends as they search for the killer, narrowly escape being kidnapped by a slave dealer, and uncover a series of burglaries.