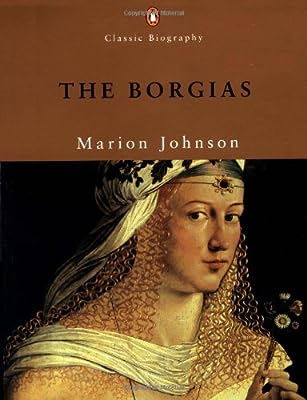 The name Borgia is synonymous with the political corruption, greed, incest, and murder that was rife in Renaissance Italy. Rodrigo Borgia-Pope Alexander VI-the first man to have clearly bought himself the papacy, and two of his infamous illegitimate children-Cesare and Lucrezia-were the three central figures of the Borgia dynasty, notorious for seizing power, wealth, land, and titles through bribery, marriage, and murder. Marion Johnson plots the dynasty’s dramatic rise from its beginnings in Spain to its occupation of the highest position in Renaissance society, examining how far the myth of the Borgias is borne out by historical facts. Behind the gaudy horrors, she concludes, lie people of great talent and achievement, possessors, even, of moderate virtues.