The Montesi Scandal: The Death of Wilma Montesi and the Birth of the Paparazzi in Fellini’s Rome 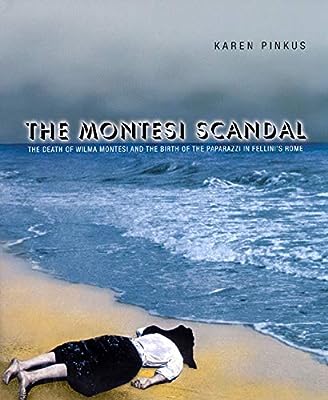 Early on a windy morning in April 1953, the body of a young woman washed up on a beach outside of Rome. Her name was Wilma Montesi, and, as the papers reported, she had left her home in the city center a day earlier, alone. The police called her death an accidental drowning. But the public was not convinced. In the cafés around the Via Veneto, people began to speak-of the son of a powerful politician, lavish parties, movie stars, orgies, drugs. How this news item of everyday life exploded into one of the greatest scandals of a modern democracy is the story Karen Pinkus tells in The Montesi Scandal. Wilma’s death brought to the surface every simmering element of Italian culture: bitter aspiring actresses, corrupt politicians, nervous Jesuits in sunglasses, jaded princes. Pinkus takes us through the alleys and entryways of Rome in the 1950s, linking Wilma’s death to the beginnings of la dolce vita, now synonymous with modern Roman life. Pinkus follows the first paparazzi on their scooters as they shoot the protagonists and gives us an insider’s view of the stories and trials that came to surround this lonely figure that washed up on the shores of Ostia. Full of the magnificent paparazzi photos of the protagonists in the drama and film stills from the era’s landmark movies, The Montesi Scandal joins true crime with “high” culture in an original form, one true to both the period and the cinematic conception of life it created.