A Thousand Bells at Noon: A Roman’s Guide to the Secrets and Pleasures of His Native City 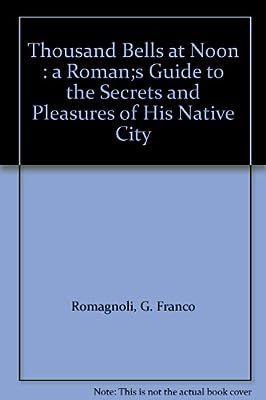 An accomplished chef, restaurateur, and documentary filmmaker rediscovers the extraordinary delights of his native Rome after an extended, decades-long absence. Although standard travel guides focus on Rome’s infinite number of prominent and offbeat tourist sights, Romagnoli concentrates on the people, the feelings, the shared history, and the unique culture that epitomizes a less tangible, far more tantalizing aspect of Rome. By contemplating and analyzing the city’s human texture, he provides an insider’s view into the central core of one of the world’s urban treasures. While strolling through the districts and streets of his beloved Roma, he encounters and interviews countless natives willing to share their unique perspective on the Roman persona and lifestyle. Both the Rome of antiquity and the modern city are well represented in this distinctive tribute.

The Montesi Scandal: The Death of Wilma Montesi and the Birth of the Paparazzi in Fellini’s Rome Beach Music