A Traveller in Southern Italy 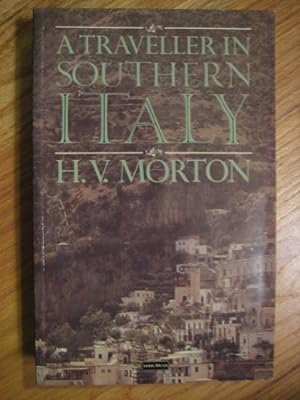 When the Autostrade del Sole was extended south from Naples to Reggio di Calabria, Morton seized the chance to explore a part of Italy comparatively unknown (as it still is) to travellers. From the mountains of Abruzzi he went to the ‘heel’ and ‘toe’ of Italy, with their memories of Magna Graecia; and he explored the undeveloped rivieras of the Tyrrhenian and Ionian coastlines. Everywhere he went he found himself – characteristically – fascinated by the people, their folklore and traditions. In Cocullo he saw the local saint’s statue carried through town, covered with living snakes; in Bari, he attended the annual feast where the statue of St. Nicholas is taken out to sea for a day; and in the ‘deep south’, he found people who believe that a cure for being poisoned by the tarantula spider is to dance the ‘tarantella’ until they fall down exhausted. Lively, intimate, informative and personable, this, like all of Morton’s books, is travel writing at its very finest.

” Easily this century’s best general English book on the Mezzogiorno – Campagnia, Apulia, Basilicata and Calabria. Selective, but generous; particularly strong on Apulia, whose glories receive their due at last, on popular piety, pagan survival and – unfashionable traveller – on people. Read it first, but do not leave it behind either.” – The Times

The Diary of Melanie Martin: or How I Survived Matt the Brat, Michelangelo, and the Leaning Tower of Pizza (Melanie Martin Novels) The Sistine Secrets: Michelangelo’s Forbidden Messages in the Heart of the Vatican