Art and Architecture of Rome, from Ancient Times to the Baroque 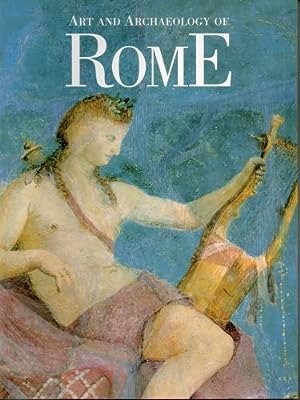 Rome has been at the center of western civilization for more than two thousand years. As the capital of an empire, and as the center of the Catholic Church, it has had tremendous influence on art, science, politics and government, as well as on religion. And through its fabulous feats of engineering and construction, it has influenced and inspired architects and designers on both the grand public scale and in the details of daily life. This profusely illustrated book has a wide variety of images, and a straightforward, informative text. It is divided into four main parts: Ancient, Medieval, Renaissance and Baroque. Each part contains a historical narrative, plus separate sections of special interest. These include: the Walls of Ancient Rome, the Appian Way, the Catacombs, the Cloisters, the Sistine Chapel, Raphael’s Stanze, the Farnese Gallery, the Fountains of Rome, and others. Each part also has special sections on Rome’s major museums, with highlights from each collection.

Daily Life in Ancient Rome: The People and the City at the Height of the Empire The Ancient Roman City