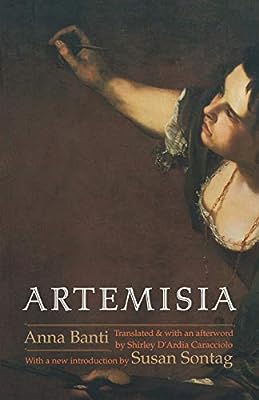 The reissue, in translation, of Italian art historian Banti’s imaginative recreation of the life of artist Artemisia Gentileschi (1590-1642), initially published in 1947, is well deserved. This sensitive work of psychological portraiture, fluently translated by Caracciolo, is an intricate, self-reflective work of art. Banti fuses Artemisia’s life with her own in Nazi-occupied Italy in a richly complex, historical narrative present, entering into dialogues with her heroine on how best to present her life, and on the nature and limitations of biography. As an unhappy adolescent in Rome, starved for love from her aloof father Orazio, a prominent artist, Artemisia allows herself to be seduced and is publicly humiliated for losing her “virtue.” Hastily married off for form’s sake, she is removed by the contemptuous Orazio to Florence where she begins to establish herself as a painter. Later, she assumes married life in Rome, but her husband abandons her when she asserts herself professionally. Eventually, Artemisia achieves independent success before she goes to her dying father’s side where her art earns her his longed-for respect and approbation. Artemisia’s struggle to fulfill herself, ensnared as she was in the toils of patriarchy with its punitive double standards, is a powerful lesson in courage and the sustaining powers of a vocation. Banti’s richly poetical, wonderfully idiosyncratic prose amply rewards the attentive reader.

The Passion of Artemisia Artemisia Gentileschi and the Authority of Art: Critical Reading and Catalogue Raisonne