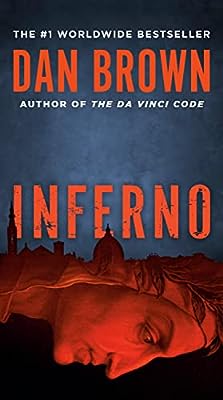 Florence: Harvard symbologist Robert Langdon awakes in a hospital bed with no recollection of where he is or how he got there. Nor can he explain the origin of the macabre object that is found hidden in his belongings. A threat to his life will propel him and a young doctor, Sienna Brooks, into a breakneck chase across the city. Only Langdon’s knowledge of the hidden passageways and ancient secrets that lie behind its historic facade can save them from the clutches of their unknown pursuers. With only a few lines from Dante’s Inferno to guide them, they must decipher a sequence of codes buried deep within some of the Renaissance’s most celebrated artworks to find the answers to a puzzle which may, or may not, help them save the world from a terrifying threat… 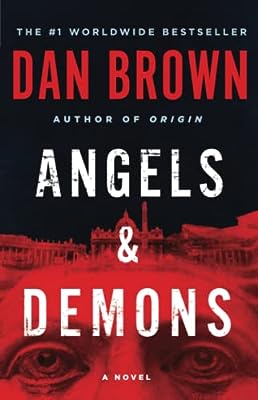 From the #1 New York Times bestselling author of The Da Vinci Code comes the explosive thriller that started it all. An ancient secret brotherhood. A devastating new weapon of destruction. An unthinkable target. When world-renowned Harvard symbologist Robert Langdon is summoned to his first assignment at a Swiss research facility to analyze a mysterious symbol — seared into the chest of a murdered physicist — he discovers evidence of the unimaginable: the resurgence of an ancient secret brotherhood known as the most powerful underground organization ever to walk the earth. The Illuminati has now surfaced to carry out the final phase of its legendary vendetta against its most hated enemy — the Catholic Church. Langdon’s worst fears are confirmed on the eve of the Vatican’s holy conclave, when a messenger of the Illuminati announces they have hidden an unstoppable time bomb at the very heart of Vatican City. With the countdown under way, Langdon jets to Rome to join forces with Vittoria Vetra, a beautiful and mysterious Italian scientist, to assist the Vatican in a desperate bid for survival. Embarking on a frantic hunt through sealed crypts, dangerous catacombs, deserted cathedrals, and the most secretive vault on earth, Langdon and Vetra follow a 400-year-old trail of ancient symbols that snakes across Rome toward the long-forgotten Illuminati lair…a clandestine location that contains the only hope for Vatican salvation. Critics have praised the exhilarating blend of relentless adventure, scholarly intrigue, and cutting wit found in Brown’s remarkable thrillers featuring Robert Langdon. An explosive international suspense, Angels & Demons marks this hero’s first adventure as it careens from enlightening epiphanies to dark truths as the battle between science and religion turns to war.