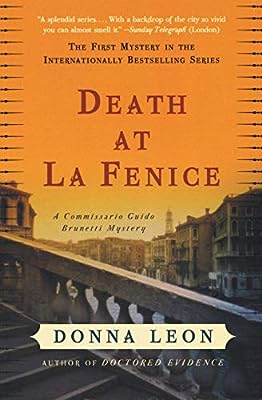 Donna Leon is the celebrated author of 19 international best sellers (more than two million copies sold) featuring a shrewd but principled police detective by the name of Guido Brunetti who confronts crime in and around his home town of Venice. Each case provides an opportunity for the author to reveal another aspect of the seamy underside of society and another aspect of life in Venice, where she has resided for 25 years. Brunetti’s boss is the vain and self-serving buffoon, Vice-Questore Patta, while Sergente (later Ispettore) Vianello and the all-knowing and well-connected Signorina Elettra, Patta’s secretary, assist Brunetti on the ground and through research. 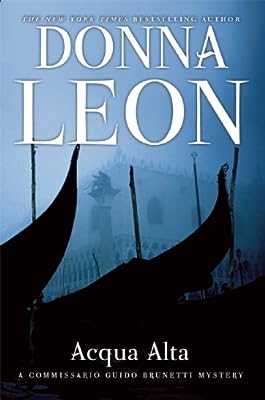 An American living near Venice, Donna Leon has crafted an imaginative series of mysteries set in the waterborne city, all starring police detective Guido Brunetti. In this, the fifth installment, Brunetti sets out to investigate an assault on an American archeologist who herself is investigating a museum exhibition of Chinese antiquities. The moods of Venice and the reflections of the canny, emotional detective are the most affecting qualities of the book. 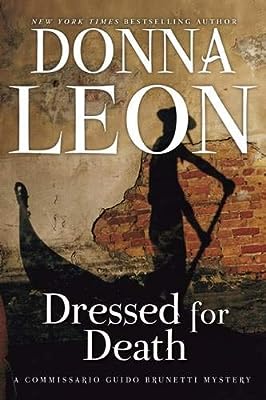 You’re dressed for death when you’re wearing a red dress, red pumps, and red lingerie–especially if you’re Leonardo Mascari, director of the Venice branch of the Bank of Verona, fatally beaten in the Venetian suburb of Mestre. The evidence suggests that Mascari is a member of Venice’s sad community of transvestite prostitutes, but Commissario Guido Brunetti (Death in a Strange Country, 1993, etc.) doesn’t believe the evidence. After discovering Giancarlo Santomauro of the Lega della Moralità in the apartment of a male prostitute who recognizes Mascari’s picture but says he doesn’t, Brunetti realizes he’s up against something considerably more sordid than a sex killing. He’s soon on the track of a simple and nasty scheme involving tax fraud and a protection racket on a heroic scale. But knowing isn’t proving, and as the crooks begin eliminating each other, Brunetti, already battling political pressures in his office, wonders if he’ll ever be able to make a convincing case against any of the honorable men who are left standing when the blood has cleared. One of the most appealing of recent detectives, Brunetti stars in a case that brings out his canniness and his compassion–and shows his creator spreading her wings more powerfully than ever.

Cyanide poisoning during the second-act intermission of La Traviata leaves the eminent conductor Helmut Wellauer dead, survived by a constellation of suspects from prima Flavia Petrelli (whose lesbian liaison with a wealthy American archeologist, Brett Lynch, Wellauer was threatening to expose) to director Franco Santore (furious over Wellauer’s refusal to honor a bargain to find a job for Santore’s protégé)–and including of course Wellauer’s suddenly wealthy, and much younger, widow Elizabeth. The investigating officer, Guido Brunetti, Vice-Commissario of the Venice Police, brings to his first case tact, persistence, and a useful sympathy with young women–which becomes suddenly pertinent when he unearths Wellauer’s prewar involvement with a family of three star-crossed girls. Deftly plotted and smoothly written in the Ngaio Marsh cultural mode, but recommended even for readers who, like Brett Lynch, don’t care for Verdi.