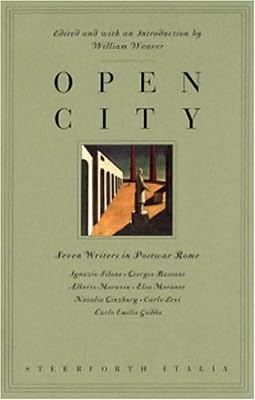 Traddutore, traditore, goes the old Italian proverb: To translate is to betray. But William Weaver, who has assembled a fine anthology of contemporary Italian prose in Open City: Seven Writers in Postwar Rome, is anything but treacherous toward his favorites. For one thing, he is our preeminent translator from that euphonious, vowel-encrusted language, and anybody who reads his elegant versions of Italo Calvino or Umberto Eco will recognize what a great service he has performed to these high-wire stylists–not to mention their readers.

But as Weaver’s preface-cum-memoir makes clear, he is not merely a linguistic loyalist. During the late 1940s and ’50s, when the young translator lived in Rome, he got to know all the contributors to Open City: Ignazio Silone, Giorgio Bassani, Alberto Moravia, Elsa Morante, Natalia Ginzburg, Carlo Levi, and Carlo Emiliano Gadda. This anthology, then, is a peculiarly personal one, in which the editor exposes us to both the art and life of each author. It necessarily excludes such giants as Primo Levi, Leonardo Sciascia, and Calvino, none of whom happened to cross Weaver’s path during his dolce vita phase. But the septet he has assembled is a splendid one, which suggests that the Eternal City was some kind of literary hot spot in the wake of the Second World War.

Gadda undoubtedly wins the crown for sheer stylistic extravagance. The excerpt Weaver has chosen from That Awful Mess on Via Merulana gives a vivid sense of the challenges (and rewards!) of that macaronic masterpiece. (It also includes some of the best portraiture of Rome itself, “lying as if on a map or scale model: it smoked slightly, at Porta San Paolo: a clear proximity of infinite thoughts and palaces, which the north wind had cleansed.”) At the opposite end of the spectrum is Natalia Ginzburg, whose antirhetorical style still makes most contemporary novelists sound crude and inflationary, especially when it comes to minute discriminations of feeling. And in between, we find such marvels as Moravia’s “Agostino” (a cruelly accurate account of childhood’s end), Morante’s “The Nameless One,” and an excerpt from Carlo Levi’s The Watch, which dispenses its wisdom casually but hits the bull’s-eye every time:

The world holds us with a thousand ties of habit, work, inertia, affections. It’s difficult and painful to separate from them. But as soon as a foot rests on a train, airplane, or automobile that will carry us away, everything disappears, the past becomes remote and is buried, a new time crowded to the brim with unknown promises envelopes us and, entirely free and anonymous, we look around searching for new companions.

Weaver’s memoir is primarily an elegy for his “lost, open city” and those writers with whom he inhabited it–all but Bassani have died during the succeeding decades. As such, it includes an unmistakable hint of melancholy. But it manages to convey the excitement of the era, too–and the words that Weaver’s companions committed to paper are, as Open City demonstrates, very much alive. 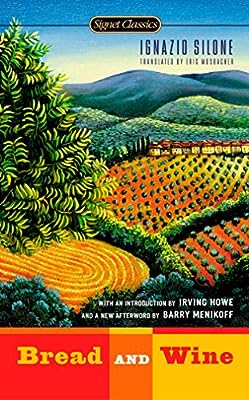 Amazon Reader’s Review: ‘The late Ignazio Silone, the author of Bread and Wine, stated that he “would willingly pass [his] life writing and rewriting the same book — that one book which every writer carries within him, the image of his own soul…” Bread and Wine is just that — a beautiful reflection of a man’s soul. Using humor, easy language and insights into the Italian fascist regime, Silone tells the story of all humanity’s search for truth. In the figure of Pietro Spina, a Socialist political activist, the reader is led to ask questions about politics, relationships, and faith. The irony is that Spina has just returned from exile and must remain incognito — as a priest, of course. Through his experiences, he asks many difficult questions about his Socialist party, his church, and himself. In the end, he is left to bring together who he is as the “priest” Don Paolo and who he was as the anti-political activist Pietra Spina. He must learn to “let the inner and the outer man meet” (Plato).’

The Abruzzo Trilogy: Bread and Wine, Fontamara, and the Seed Beneath the Snow 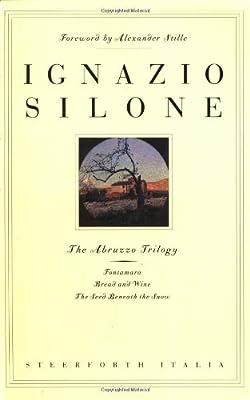 The classic saga of fascist Italy, in one volume for the first time. The desolate, impoverished mountain region of the Abruzzo during Mussolini’s reign provides the backdrop for the three greatest novels of Ignazio Silone, one of the century’s most important writers. Bread and Wine introduces the antifascist Pietro Spina, who pretends to be a priest but is reluctantly forced to honor the spiritual obligations of his role. The political fable Fontamara shows villagers battling landowners over water. The Seed Beneath the Snow continues Pietro Spina’s story. Together, these revolutionary works create an indelible image of ordinary people struggling against overwhelming events. “One of the most truly . . . significant writers of our time.” – The Nation