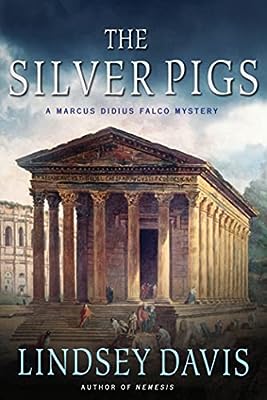 Lindsey Davis’ Roman novels begin chronologically with The Course of Honour, the love story of the Emperor Vespasian and Antonia Caenis. Her bestselling mystery series features laid-back First Century detective Marcus Didius Falco and his partner Helena Justina, plus friends, relations, pets and bitter enemy the Chief Spy; there is a reader handboook, Falco: the Official Companion. A new series, featuring Flavia Albia, began in 2013. Master and God, set in the time of the Emperor Domitian, was published in 2012. She has also written an epic novel of the English Civil War and Commonwealth, Rebels and Traitors. She has won the CWA Ellis Peters Historical Dagger, the Dagger in the Library, and a Sherlock award for Falco as Best Comic Detective. She has also been awarded the Premio Colosseo for enhancing the image of Rome, and the CWA Cartier Diamond Dagger for lifetime achievement as a mystery writer.