The Palace: A Novel 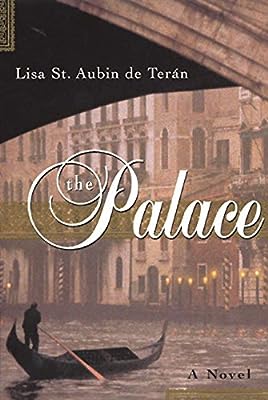 Take Dante Alighieri’s passion for the divine Beatrice, marry it to the picaresque adventuring of Henry Fielding’s Tom Jones, hand the whole thing over to the Brothers Grimm for some fine-tuning, and you might end up with something remarkably similar to Lisa St. Aubin de Terán’s The Palace. This is the tale of young Gabriele del Campo, a soldier in Garibaldi’s army during the 19th-century Italian Risorgimento. While languishing as a prisoner of war, this former stonecutter meets Colonel Vitelli, a nobleman who educates him in the ways of the upper classes. After many near-death experiences in prison, Vitelli and Gabriele are liberated and agree to meet again in Venice, but the colonel never arrives. While he awaits his friend, del Campo begins a rapid transformation from rustic stonecutter to man of means, aided by an astounding run of luck at the gambling tables and a friendly gondolier named Giovanni, who becomes his valet, advisor, and companion.

But what is a fairytale without a love interest? In The Palace, that role is assumed by the phantom figure of Donna Donatella, the daughter of a prominent landowner for whom Gabriele did some work before the war. Though he glimpsed her only once and has never seen her again, del Campo dedicates his life and newfound wealth to creating a palace fit for his dream girl. St. Aubin de Terán invests her story with wit and not a few surprising twists–for in the end, Donna Donatella may well have been supplanted in Gabriele’s heart by the very monument he has built to celebrate her. Charming, subtle, and evocative, The Palace is a remarkable novel that explores the mercurial frontier between passion and obsession

A Valley in Italy: The Many Seasons of a Villa in Umbria 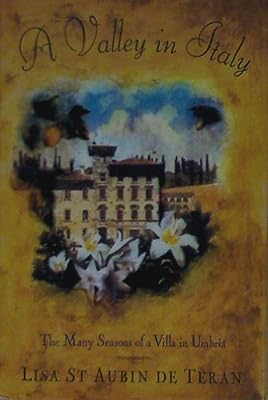 In 1989, novelist St. Aubin de Teran (Slow Train to Milan) and her family began to restore their “dream house,” the dilapidated ruins of a villa near the small village of San Orsola in the Umbrian Valley of Italy. This book chronicles their first year of impossibly hard work amid the pleasantries of rich harvests and continuous celebrations. Orginally from England, St. Aubin de Teran gives the reader vivid impressions of Italian life, social customs, bureaucracy, and culture, presenting a setting where food and wine are the daily religion. Her book conveys a strong sense of place, with lush descriptions of the gardens, countryside, weather, and the family’s active social life. The year culminated with a habitable villa; a full larder, including walnut liqueur and medicinal herbs; a New Year’s Eve dance at the villa; a wedding; and a new baby. Recommended for the armchair traveler.