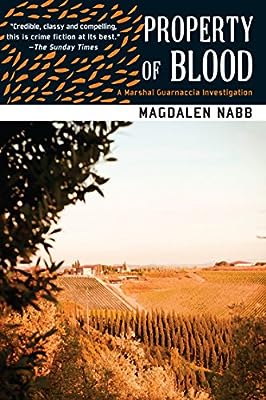 Elegant is the word for Nabb’s (The Monster of Florence; The Marshal at the Villa Torrini; etc.) 11th Salvatore Guarnaccia psychological police procedural, elegant in style and elegant of mind. Guarnaccia, marshal of the carabinieri, finds clues in the way people behave. His colleagues appreciate his talents, but tend to keep him on the sidelines of any investigation. For them, his greatest talent is in dealing with difficult people, questioning those reluctant to speak, calming those who refuse to be calmed. The unpretentious Sicilian sleuth, whose adopted city is Florence, has a gift for inspiring trust and encouraging others to confide in him. He also has a home life that includes a loving wife who nags him and two kids who give him problems. He is endearingly absent-minded. In the present tale, an American-born woman, Countess Olivia Brunamonti, has been kidnapped by a band of professional thugs. Italian law forbids the paying of ransom, and the family does not report the kidnapping for a week, deepening Olivia’s danger. In addition, the gang has left a false trail to a rival clan. Time, as they say, is running out. Olivia is a wonderful character. Her graphic account of her ordeal, which runs intermittently throughout the book, gives the reader a perspective on the physical and psychological seriousness of her situation. Nabb, an Englishwoman who has lived in Florence since 1975, is a fine writer with a sharp intelligence and deep sensitivity to human pain and frailty. 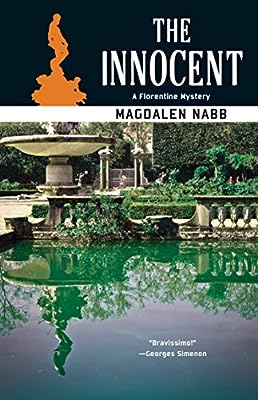 The body of a woman has been found half-submerged in an ornamental fish pond high up in Florence’s Boboli Gardens. At first, the woman cannot be identified; only her skull remains. The marshal must use her clothing and a shoe to trace her.

She turns out to be a young Japanese woman apprenticed to one of Florence’s legendary custom shoemakers, crotchety old Peruzzi. Could he have killed his protege? Or did jealousy drive his other apprentice to murder? The neighbors have seen Akiko with a lover – a brilliant young Carabiniere – who has disappeared. Has he fled to avoid arrest? The marshal must go to Rome to complete his investigation. When he returns to Florence he can identify the killer, but can he bring him to justice?