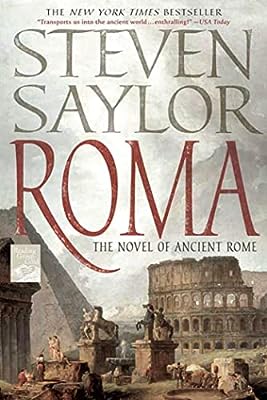 Steven Saylor is the author of the ROMA SUB ROSA series of historical mysteries featuring Gordianus the Finder, set in the ancient Rome of Cicero, Caesar, and Cleopatra. The latest book is Throne of Caesar, in which Gordianus confronts the Ides of March, 44 B.C., and the most famous murder case in history.

There have also been three prequels—The Seven Wonders, which follows the 18-year-old Gordianus on his journey to the Seven Wonders of the World; Raiders of the Nile, in which young Gordianus, living in Egypt, finds himself drawn into a plot to steal the golden sarcophagus of Alexander the Great; and Wrath of the Furies, in which young Gordianus finds himself in Ephesus on the eve of King Mithridates’ mass slaughter of every Roman man, woman, and child.

Steven is also the author of the international bestseller Roma: The Novel of Ancient Rome and its follow-up, Empire: The Novel of Imperial Rome. These two epic novels comprise a multi-generational saga that spans the first 1200 years of the city, from Iron Age trading post to the height of the empire under Hadrian. A third volume (making this series a trilogy) is on the way.