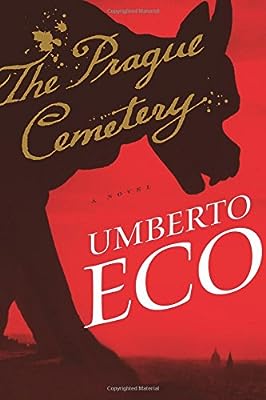 19th-century Europe abounds with conspiracy both ghastly and mysterious. Jesuits plot against Freemasons. Italian priests are strangled with their own intestines. French criminals plan bombings by day and celebrate black masses by night. Every nation has its own secret service, perpetrating forgeries, plots, and massacres. But what if, behind all of these conspiracies, lies just one man? 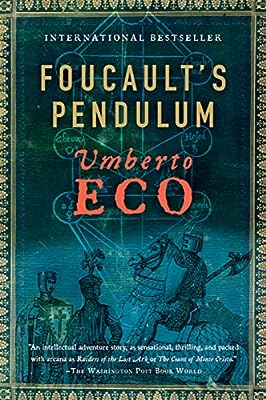 Umberto Eco is known to a world-wide audience for his two novels, The Name of the Rose, and Foucault’s Pendulum. Both works allude to aspects of past and present theories of signs, as well as to a vast array of scholarly (those of the Middle Ages in particular) and other texts (Sherlock Holmes in The Name of the Rose, and the Corpus Hermeticum in Foucault’s Pendulum).

Eco was born in 1932 in Piedmont, Italy. Before becoming a semiotician, he studied philosophy specialising in the philosophical and aesthetic theories of the Middle Ages. His thesis at the University of Turin on the aesthetics of Thomas Aquinas was published in 1956 when he was 24. Three years later, Eco contributed a chapter called ‘Sviluppo dell’estetica medievale’ (‘The development of Medieval aesthetics’) to a four-volume handbook on the history of aesthetics. In 1986, the lengthy chapter came in an English translation under the title of Art and Beauty in the Middle Ages.

All his work on the Middle Ages became an idea for a novel that was the summary of all his learnings so far but also a possibility to mix diverse subjects. His fantasy novel Il nome della rosa (1981; The Name of the Rose)–in story, a murder mystery set in a 14th-century Italian monastery but, in essence, a questioning of “truth” from theological, philosophical, scholarly, and historical perspectives–became an international best-seller (his publishers believed it would sell mildly and certainly not nine million copies). At first, Eco played with the idea of placing his detective story in a modern setting; but soon he realized that his interest in medievalism was manifesting a story set in the Middle Ages. Dragging out notebooks, clippings, papers, and articles that dated all the way back to 1952, Eco began the task of writing a novel tentatively called “Murder in the Abbey.” Soon, however, he decided that this title would place undue focus on the “mystery” aspect of his story, whereas he wanted a novel that could be read as an open text — enigmatic, complex, and open to several layers of interpretation. Inspired by the title of David Copperfield, “Adso of Melk,” became the next working title, but eventually a few lines of medieval verse produced the more poetic The Name of the Rose. A film version, directed by Jean-Jacques Annaud, appeared in 1986.