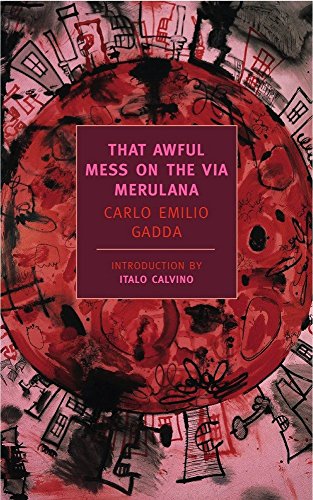 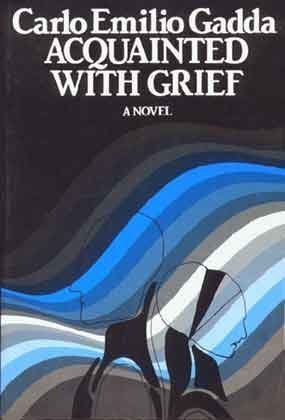 Carlo Emilio Gadda was born in Milan in 1893. His childhood and youth were marked by a series of traumatic events which were to return in an almost obsessive manner as the motifs of his work: the construction of a villa in Brianza, his father’s bankruptcy, his family’s poverty and struggle to make ends meet, and his mother’s generosity to people outside the family and lack of attention to her son. This was the origin of his neurosis, the “obscure malaise” he talks about in Cognizione del dolore.

He fought in the First World War in the areas of the Tonale, the Adamello and the Carso and was taken prisoner in Germany. In 1920 he graduated in engineering at the Milan Polytechnic. He began working for a company in Milan and in 1922 travelled for work to Argentina. In 1924 he returned to Italy, where he taught at the Liceo Parini in Milan and resumed studying for his philosophy degree. In 1925 he moved to Rome, where he worked first for a private company and subsequently for the Technical Services of the Vatican. In this period he completed all his philosophy exams and began writing his thesis on Leibniz, which however was to remain unfinished. In 1931 Solaria published his La Madonna dei Filosofi, a collection of narrative prose, followed in 1934 by Il castello di Udine, which won the Bagutta Prize. Between 1938 and 1941 he published Cognizione del dolore in the literary review Letteratura. From 1940 to 1950 he lived in Florence, where he devoted himself entirely to literature and published L’Adalgisa (1944). In the 1950s he published Il primo libro delle favole (1952) and Novelle del ducato in fiamme (1953). Between 1955 and 1973, the year of his death in Rome, he published I sogni e la folgore and Giornale di guerra e di prigionia (1955), Quer pasticciaccio brutto de via Merulana (That Awful Mess on Via Merulana; 1957), I viaggi la morte (1958), Verso la Certosa (1961), La cognizione del dolore (Acquainted with Grief; 1963) and Accoppiamenti giudiziosi (1963), Le meraviglie d’Italia and I Luigi di Francia (1964), Eros e Priapo and Il guerriero, l’amazzone e il verso immortale nella poesia di Foscolo (1967), La meccanica (1970), and Novella seconda (1971).