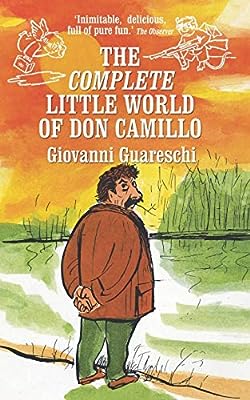 Artist, humorist, journalist and writer, Giovanni Guareschi was born in 1908 in Fontanelle di Roccabianca (province of Parma). In 1936 he joined the publisher Rizzoli as editor-in-chief of the Bertoldo. In 1945 he and Giovanni Mosca founded the weekly newspaper Candido, which they jointly edited for five years. From 1950 to 1957 Guareschi was the sole editor. He continued to contribute to the newspaper up until 1961, when by his decision it stopped publication. He then contributed to Borghese and La Notte and up until 1966 had his own column in Oggi.

His books have been translated into many languages worldwide and include Il destino si chiama Clotilde (1942), Diario Clandestino (1946), Lo Zibaldino (1948), Mondo piccolo: Don Camillo (The Little World of Don Camillo; 1948). The character of Don Camillo became a household name thanks to a splendid series of films played by Fernandel and Gino Cervi. Guareschi died in Cervia in 1968.