Staten Italy: Nothin’ but the Best Italian-American Classics, from Our Block to Yours 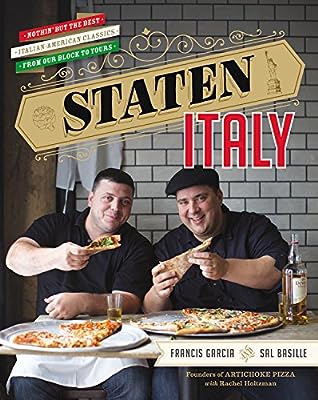 Authors Fran and Sal are two regular guys from the neighborhood, cousins and best friends, whose DNA reads garlic and oil (they’re fifth generation in the food business) and whose six hugely successful restaurants, starting with the legendary Artichoke Pizza, have impressed critics, fellow chefs, and chowhounds alike. They have written a book celebrating big flavor, along with loving (and hilarious) family stories, and rooted in the great Italian-American tradition, handed down through the generations. The recipes are unfussy…simple and fast for school nights, fancier for weekends and holidays and offer readers a transporting, full-bodied take-away, rather than just a book about spaghetti and meatballs. Here you will find Eggs Pizziaola, Pork Cutlets with Hot Peppers and Vinegar, their famous Cauliflower Fritters, and many more authentic dishes served up with gusto.

The Arthur Avenue Cookbook: Recipes and Memories from the Real Little Italy 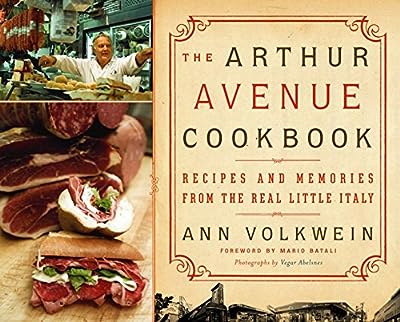 Arthur Avenue winds its way through the heart of the Bronx. Known to many as the “real Little Italy,” the storied neighborhood has been home to a vibrant community of Italian-Americans for over 100 years. Today, this area continues to thrive as visitors and residents stop to buy a fresh crusty loaf of bread; to enjoy a meal at Mario’s Restaurant; to dawdle for a while at Randazzo’s raw bar on a warm summer afternoon; or to hear Mike’s Deli owner Michele Greco belt out an aria from Rigoletto and spellbind his customers with tales of the Avenue’s past. Now, for the first time, the residents of Arthur Avenue invite you to experience the magic of their kitchens and share the flavors of their family tables. Passed down through generations, their delicious recipes are time-tested, tried, and true — and ready for any kitchen.

The Mafia Cookbook: Revised and Expanded 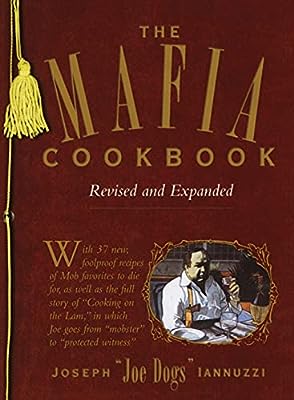 In The Mafia Cookbook, Joe Dogs took the quintessential Mob formula — murder, betrayal, food — and turned it into a bestseller, not surprisingly, since Joe Dogs’s mixture of authentic Italian recipes and colorful Mafia anecdotes is as much fun to read as it is to cook from. Now The Mafia Cookbook is reprinted with Cooking on the Lam — adding 37 original new recipes and a thrilling account of Dogs’s recent years since he testified against the Mob in five major trials, all told in his authentic, inimitable tough-guy style.

The new recipes are simple, quick, and completely foolproof, including such classic dishes as Shrimp Scampi, Tomato Sauce (the Mob mainstay), Chicken Cordon Bleu, Veal Piccata, Marinated Asparagus Wrapped with Prosciutto, Baked Stuffed Clams, Veal Chops Milanese, Sicilian (what else?) Caponata, Gambino-style Fried Chicken, Lobster Thermidor (for when you want to celebrate that big score), and desserts rich enough to melt a loan shark’s heart. Readers can follow these recipes and learn to cook Italian anytime, anywhere, even on the lam, even in places where Italian groceries may be hard or impossible to find. Tested by Mob heavy hitters as well as FBI agents and U.S. marshals, these recipes are simple to follow, full of time saving shortcuts, and liberally seasoned with Joe Dogs’s stories of life inside — and outside — the Mob. This is the perfect cookbook for anyone who wants to make the kind of food that Tony Soprano only dreams about. 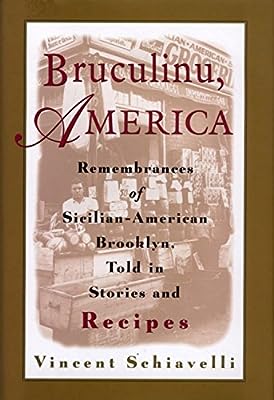 Vincent Schiavelli’s enchanting, sometimes deeply moving memoir with recipes, Bruculinu, America, is a warmly recalled distortion of Brooklyn, one of New York City’s boroughs, as it really was. As Schiavelli says, “The stories may not always contain the strict facts, but they certainly tell the truth.” Don’t be surprised if his beautiful reminiscence of the miracle (which took place before he was born!) that saved his uncle Salvatore Calogero from dying of pneumonia brings a tear to your eye. Schiavelli, a successful actor, writes scenes so vividly that you participate as he visits a strega, or witch, who exorcised him of a medical problem when he was nine years old. (After seeing a doctor, Schiavelli’s mother figured that in case the condition was caused by malocchio, the evil eye, it would be wise to cover all bases). Schiavelli’s recollections often involve his grandfather, Papa Andrea, a Sicilian master chef. The 70 or so recipes in this enchanting book come from him. The Baked Mashed Potatoes made with peas and grated cheese and fennel-flavored Pasta with Chickpeas are delicious everyday dishes. Baked Macaroni, rich with mushrooms, ground meat, and a touch of cinnamon, is for Sundays. Cucciaddatu are the buttery, log-shaped Christmas cookies filled with nuts and raisins that each Sicilian cook makes in his or her own way. 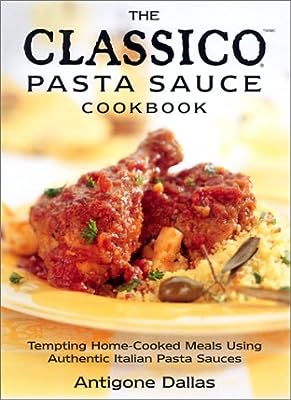 Classico is the leading premium pasta sauce in today’s marketplace. Each authentically Italian sauce is created using only the finest ingredients resulting in a delicious made-from-scratch taste. By using this sauce as a starter, you can create exciting and delicious homemade meals in only minutes. Featuring more than 100 recipes, The Classico Pasta Sauce Cookbook contains a variety of recipes which showcase Classico’s red, Alfredo and pesto sauces. These recipes are not only for pasta but for an impressive array of dishes and meals. From chicken and pork to seafood and countless vegetarian entrées, this cookbook gives you everything from appetizers to complete meals. But we have not forgotten the pasta lover and have included more than 20 pasta recipes. The combination of Classico sauces and these great recipes will ensure outstanding results every time. Classico takes great pride in the premium ingredients that go into its carefully prepared pasta sauces. The results are unique, authentically Italian sauces that allow you to experience the made-from-scratch taste you’ve come to expect from Classico.