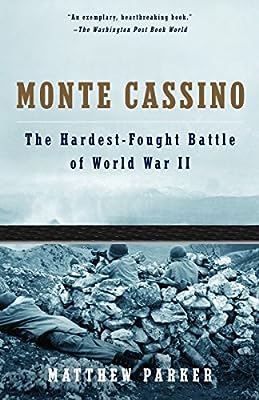 Monte Cassino is the true story of one of the bitterest and bloodiest of the Allied struggles against the Nazi army. Long neglected by historians, the horrific conflict saw over 350,000 casualties, while the worst winter in Italian memory and official incompetence and backbiting only worsened the carnage and turmoil. Combining groundbreaking research in military archives with interviews with 400 survivors, as well as soldier diaries and letters, Monte Cassino is both profoundly evocative and historically definitive. Clearly and precisely, Matthew Parker brilliantly reconstructs Europe’s largest land battle–which saw the destruction of the ancient monastery of Monte Cassino–and dramatically conveys the heroism and misery of the human face of war.

When Rome Falls: A Novel of World War II 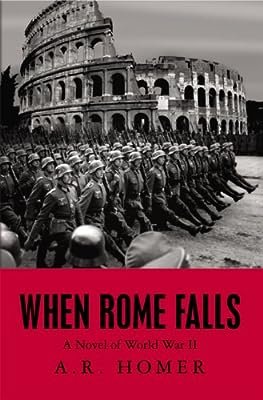 John “Jay Mack” MacPherson, an American major, leads the hidden POW organization with his contact, the gentle Father Francesco, a priest in a church on Vatican soil. Jay shares a billet with former POWs Buck Nolan, a plain-spoken GI, and David Lawrence, a British RAF Flight Lieutenant, in the home of Maria, a lovely Roman with whom Jay falls in love. When Maria is arrested for harboring POWs, an offense punishable by death, Jay’s grief knows no bounds. The three move their billet to the art-filled villa of Adriana, a rich socialite with a lover in the German officer corps and a son and daughter in the Resistance. Vittoria, her daughter, is an expert bomb-maker who inadvertently dooms a fellow partisan, Renzo, a survivor of the roundup of the Roman Jews, to a fateful mistake the night before a bold attack on an SS police column. The raid goes awry and Rome’s Gestapo chief, Herbert Kappler, is called upon to carry out a gruesome reprisal on hundreds of innocent Romans. Nazis and fascists, partisans and POWs in hiding – all await the liberation of the city, some with fear, others with hope. And among them lurks a spy, poised to betray the entire POW network when the American army enters Rome. When Rome Falls blends historical facts with fictional characters to deliver a fast-paced tale of breathtaking intrigue and razor-sharp plot twists.

The Mirror of Diana

The time is 1943, a time of war. The place is the hill-perched town of Nemi, in the Alban Hills south of Rome, overlooking the crater lake where, 2000 years before, the Roman emperor Caligula sailed his gigantic ships to the Temple of Diana. Just a few years before the war, the ancient ships, sunk after Caligula’s death, were miraculously recovered from the lake and placed in a lakeside museum. Paolo, the museum curator, now struggles to protect these treasures from Allied bombs and the depredations of the Germans in a world where the struggle for simple survival makes such efforts seem irrelevant. He watches with disquiet as the German occupation brings together Rosanna, his daughter, whose innocence is brutalized by the horrors of the war, and Klaus, a German officer whose high ideals and love for Rosanna cause him soul-wrenching conflicts of loyalty. Love? Or duty?

The Liberator: One World War II Soldier’s 500-Day Odyssey From the Beaches of Sicily to the Gates of Dachau 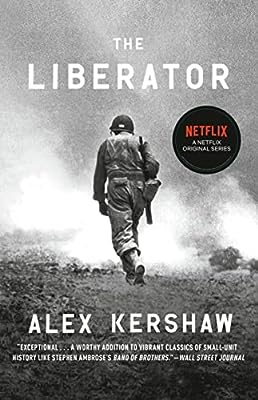 From the invasion of Italy to the gates of Dachau, no World War II infantry unit in Europe saw more action or endured worse than the one commanded by Felix Sparks. A maverick officer – and the only man to survive his company’s wartime odyssey from bitter beginning to victorious end – Sparks’ remarkable true story is told here for the very first time.

Film and the Shoah in France and Italy 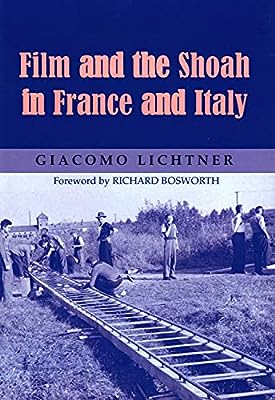 Now available in paperback, this book is a uniquely comparative analysis of the role of cinema in the development of collective memories of the Shoah in France and Italy. The work follows a chronological structure of which three French documentaries – “Night and Fog,” “The Sorrow and The Pity,” and “Shoah” – form the backbone. These three sections are linked by comparative case studies on famous and lesser-known fictional works, such as Roberto Benigni’s “Life is Beautiful,” Louis Malle’s “Lacombe Lucien,” Armand Gatti’s “The Enclosure,” and Radu Mihaileanu’s “Train of Life.” The book tackles crucial themes, such as the politics of history and its representation, the 1970s obsession with collaboration, and the ethical debate around cinema’s ability to adequately represent the Shoah. The book fulfills three complementary purposes: to offer a detailed historical and textual analysis of key cinematic works on the Shoah; to firmly situate the popular and institutional reception of these works within the political and socio-cultural context of the time, so as to link cinema to society’s attitudes towards the Shoah; and to show how these attitudes have changed over time, in order to evince the role cinema has played in the transmission of history and memory.