City of the Soul: A Walk in Rome 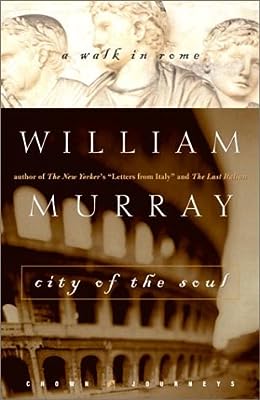 “Rome is so many things, but most of all, perhaps, a city of ghosts, of memories, of visions, of time remembered and faithfully honored,” writes Murray (Janet, My Mother and Me) in this highly evocative, largely personal guide to the Italian capital, the latest addition to the Crown Journeys series. Having spent much of his childhood and early adulthood in Rome, Murray has many ghosts, memories and visions to exhume, but he keeps the reminiscing to a minimum and offers up a straightforward and well-researched but still romantic and even, at times, funny portrait of the city and its people. “Rome is nothing if not a feast for the eyes,” Murray muses, and his descriptions of the city’s many churches, ruins, fountains and piazzas display his quirky assessments: the Palazzo Venezia reminds him of “an old-fashioned typewriter,” the Piazza Navona is “God’s waiting room” and the Coliseum boasts a “great yawning façade staring out… to testify to the city’s imperial past.” Murray doesn’t hesitate to share negative depictions, either: the Campo dei Fiori, “not one of Rome’s prettier scenes,” is “hemmed in by the burnt-orange and amber-colored houses around it, and an air of doom seems to hang over it, even at noon on crowded market days.” Like a nice walk, Murray’s work is leisurely yet not too long, inspiring daydreams of zooming around town on a Vespa in an espresso-induced state of ecstasy.