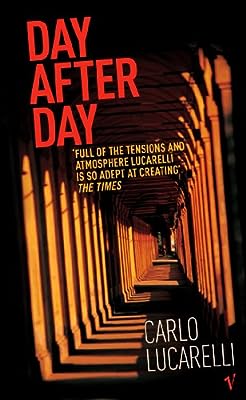 A professional killer is at large in the cities of Italy. Code-named “Pit Bull,” he is a master of disguise and an expert with weapons. He modifies his guns and his bullets are untraceable. His skill with prosthetics, wigs and makeup means that no two victims witness the same terrifying final vision. This is a hunt for a man with no face. Only the picture of a pit bull terrier left behind at each murder can link the crimes. Day after day, Ispettore Negro works on her seemingly impossible case. But when a young man unwittingly encounters Pit Bull in an Internet chat room, he provides Negro with the clue that could lead her to her target.

The Sistine Secrets: Michelangelo’s Forbidden Messages in the Heart of the Vatican The Talented Mr. Ripley