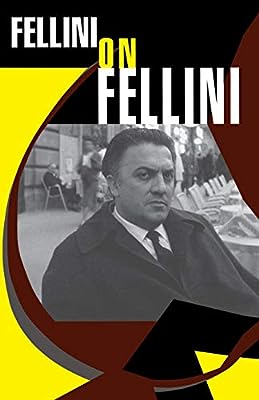 A memoir by one of the 20th century’s most famed artists. At the Academy Awards ceremony in March of 1993, Fellini received a special Oscar for lifetime achievement in filmmaking, which he dedicated to his wife Giulietta Masina in his acceptance speech. In August of that year, Fellini suffered a stroke, and went into a coma following a heart attack in October. After his death at age 73 on October 31st – one day after Masina (who was to die of cancer less than five months later) observed their 50th wedding anniversary – tens of thousands of people packed the narrow streets of Fellini’s hometown of Rimini, applauding as the director’s casket was carried from the main piazza to the cinema where Fellini had watched his first films as a child (and which he featured in AMARCORD). It was a fitting tribute to one of the cinema’s greatest artists, who had become a national treasure for Italy and a respected master the world over.

Their Other Side, Six American Women and the Lure of Italy City of Secrets: The Truth Behind the Murders at the Vatican