From Paesani to White Ethnics: The Italian Experience in Philadelphia (Suny Series in Italian/American Culture) 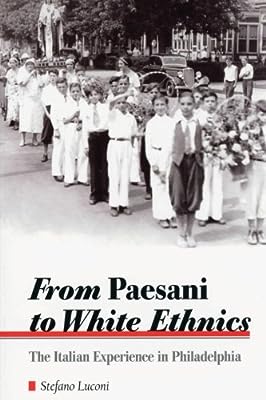 Stefano Luconi delivers a compelling study of 20th-century identity politics in From Paesani to White Ethnics: The Italian Experience in Philadelphia. Focusing on key historical moments (“World War I… offered… Italians and Italian Americans… a chance to construct some sense of their common… identity”), Luconi traces political and personal enactments of race relations. His incisive investigation of the mayoral tenure and many campaigns of Police Commissioner Frank L. Rizzo during the 1970s and ’80s is especially astute: initially the recipient of “trans-ethnic white support” due to those constituents’ “dislike of racial conflict,” Mayor Rizzo, he finds, fueled racial animosity by catering to white Philadelphians.