I, Claudius: From the Autobiography of Tiberius Claudius, Born 10 B.C., Murdered and Deified A.D. 54 (Vintage International) 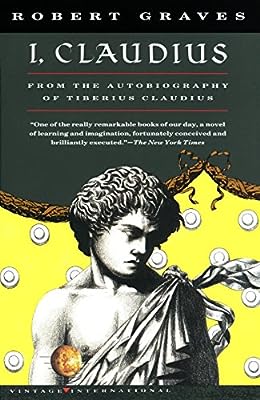 Amazon Reader’s review: “Having never seen the famous 1970s television series based on Graves’ historical novel of ancient Rome and being generally uneducated about matters both ancient and Roman, I wasn’t prepared for such an engaging book. But it’s a ripping good read, this fictional autobiography set in the Roman Empire’s days of glory and decadence. As a history lesson, it’s fabulous; as a novel it’s also wonderful. Best is Claudius himself, the stutterer who let everyone think he was an idiot (to avoid getting poisoned) but who reveals himself in the narrative to be a wry and likable observer. His story continues in Claudius the God.”

Memoirs of Hadrian Claudius the God