In The Shadow of Vesuvius: A Cultural History of Naples 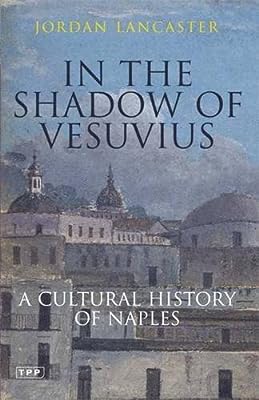 “To see Naples as we saw it, in the early dawn from far up on the side of Vesuvius, is to see a picture of wonderful beauty.”–Mark Twain

“One may write or paint as much as one likes, but this place, the shore, the bay, Vesuvius, the citadels, the villas, everything defies description.”–Goethe

This is the first general history of the city of Naples written in English. The city, which inspires love and hate alike, has long attracted visitors, enticed not only by its commercial possibilities but also by the stunning beauty of its natural setting and its many cultural delights. From the ruins of Pompeii to glittering performances at the San Carlo opera house, Naples has much to offer visitors, but it also has high crime and a controversial past and present. The city was ruled by the French, Spanish, Hungarians and Austrians before becoming part of unified Italy in 1860. The social and economic changes after Unification resulted in thousands of Neapolitans seeking a new life abroad. These emigrants took their customs, cuisine and music with them and stamped a Neapolitan impression on the international image of Italy forever. From the time of the Grand Tour, the city has attracted travelers, from Goethe to Mark Twain, all eager to experience its legendary and seductive charms. Jordan Lancaster’s sparkling guide will serve as an ideal companion for visitors and as a valuable cultural resource for all those who seek to expand their knowledge of the city or proudly trace their roots to Naples.

Pompeii: The History, Life and Art of the Buried City Between Salt Water and Holy Water: A History of Southern Italy