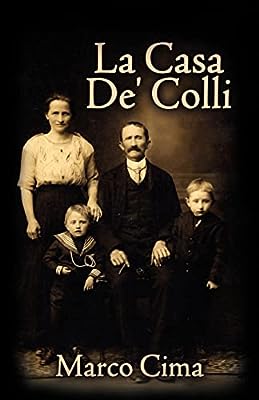 These farmer’s sons from the Italian Piedmont, who leave home for adventure and for economic reason, are central characters in a true story of a family disrupted by emigration. Their American experience takes them to mining towns in the Midwest and Far West during the turbulent years of the late 19th century. Their experiences mirror the emotional and social upheaval of the times.

Equally important are the family members who remain in the Canavese Mountains. They carry on with their lives and experience the joys and struggles characteristic of traditional village society.

While recounting the difficulties of the character’s lives, the author also deals with their complex emotional make-up: their disillusionment, resentment, resignation and hope. Above all, their love, which is capable of destroying an entire family.

Marco Cima recounts his story in a thoroughly researched world of farming, mining and ethnography. The result is a universal tale of people caught up in the social and emotional consequences of emigration of the late 19th and early 20th centuries.