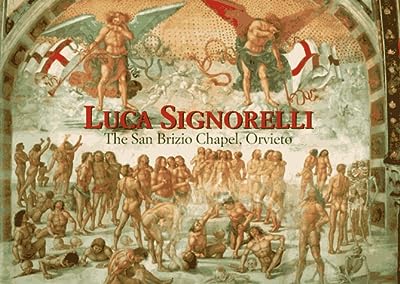 A major monument, Luca Signorelli’s Orvieto Cathedral frescoes rendered with vigor and invective the most ambitious consideration of the Apocalypse and the Last Judgment in Italian Renaissance art. In a fresh interpretation of these frescoes, Jonathan Riess explores the intriguing, violent style and complex iconography and places the works in their richly faceted historical setting. Begun by Fra Angelico in 1447 and completed by Signorelli at the turn of the century, the frescoes reflect the turmoil within the Papal States, the suffering brought on by a surge of natural disasters, the fear of the Turks, and the anti-Judaic campaigns of the day. The book centers on the mural depicting the Rule of Antichrist, the single monumental portrayal of the subject during the Renaissance and a revealing indicator of widespread apocalyptic obsessions. Drawing on historical, theological, literary, and artistic sources, Riess examines the reasons behind the commissioning of the murals and considers the broad meaning of the program. The Rule of Antichrist, for example, is seen as a summa of the doom-laden worlds of Rome and Orvieto and as a blistering condemnation of the political realm. Signorelli’s references to Dante, Virgil, and Cicero and to contemporary theology and dramatic performances come into play as Riess interprets the monument as a representation of the struggle between a penitential Christianity and the forces of heresy and tyranny.

The Renaissance Artist at Work: From Pisano to Titian (Icon Editions Ser.) Tapestry in the Renaissance: Art and Magnificence