Mattanza: Love and Death in the Sea of Sicily 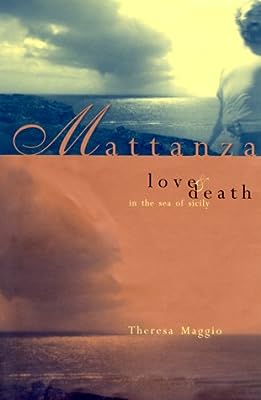 A mattanza, in Italian, is a slaughter — in the instance Theresa Maggio relates, a springtime slaughter of bluefin tuna, the fish highly prized by sports fishermen and gourmands. In these elegant pages, Maggio describes the hard lives of Sicilian fishermen who chase the bluefin, reenacting a hunt that extends far back into prehistory and whose rituals, including that ceremonial massacre, have gone essentially unchanged for thousands of years. Maggio, a former science writer at the Los Alamos National Scientific Laboratory, first traveled to her ancestral island in her early 30s. On the rocky coast of Favignana she witnessed her first mattanza, an unexpected “font of primal energy, beauty, and suffering, all in a tiny square of sea.” After observing the coordinated efforts of the fishermen, who battled to drive the three-quarter-ton fish into a carefully constructed maze of net traps, Maggio came to develop an appreciation for the hunt in Sicilian village life. It is a ritual as laden with meaning as the buffalo hunt in Plains Indian cultures.