North of Naples, South of Rome 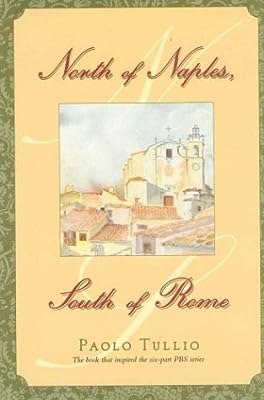 Tullio’s opinionated, convivial, sometimes irreverent guide to Italy and the Italians, the basis for a six-part PBS television series, takes us down byways rarely glimpsed by tourists. Though he grew up in England and lives in Ireland, he and his Irish wife visit Italy every year, especially his picturesque native village of Gallinaro, situated amid Apennine peaks southeast of Rome in the Comino Valley, the centerpiece of this leisurely travelogue. Tullio heedlessly peppers his narrative with brash generalizations, some commonplace, many questionable: “Italian men love to cook”; “Italians… are animated, extrovert and, above all, extreme”; “There is a deep vein of insecurity running through Italian life, a racial memory of a history of constant flux.” His Italy is at once reassuringly familiar and surprisingly new. Hunting, we learn, is pervasive; over half of adult males have guns; and Italians eat songbirds. Furthermore, he asserts, “most Italians do not speak good Italian,” which to them is a second language, the first being their regional dialect. A knowledgeable guide, Tullio savors the chaos of Naples; acts as a judge in a wine competition; serves up grass-roots gastronomical tips on how to make such staples as pasta, sausage and liqueur; and visits the cottage where his father, an Italian soldier, hid from the Germans for five months in 1943-1944, after Italy broke with the Axis powers. His weightier observations deal with the dominance of local politics over Rome, the current anticorruption campaign and the diminishing hold of the church on secular life. Evocative sketches by his wife, artist Susan Morley, neatly complement this serendipitous tour.