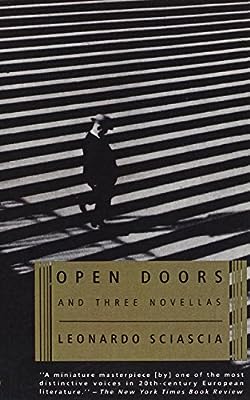 Sciascia, the elegantly learned and quite politically fearless Sicilian writer who died in 1989, wrote most of his fiction in the Sixties and early Seventies; but late in his life he wrote these novellas, in which his patented interests–the law, fascism, classic French and Italian literature, metaphysics–all recombine. Best here is the title novella–a magistrate’s sorrowful insistence on conscience during the Fascist period, refusing to sentence a man to death: a meditation on capital punishment, moral traduction, and cultural imprecision (“to see European history in the guise of the Russians who would like to be Germans, Germans who’d like to be French, French who would like to be half-German and half-Italian while still remaining French, Spaniards who would settle for being English if they can’t be Romans, and Italians who would like to be anything and everything except Italian”). Equally interesting, and somewhat fleshier, is “Death and the Knight”–a terminally ill police investigator’s world-weary slog through lies and much more obvious (though denied) truths. Sciascia (Sicilian Uncles, etc.) here is a compiler of Stendhalian asides and ruminations rather than a narrative-maker. But these are fine literary artifacts for all that: hung upon the police-procedural framework, the cloth is rich and dark if none too form-fitting.

Luigi Pirandello, 1867-1936, His Plays in Sicilian (Studies in Italian Literature, Vol 5A) To Each His Own (New York Review Books Classics)