Playing Away: Roman Holidays and Other Mediterranean Encounters 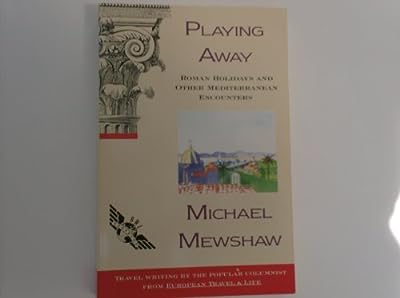 A good modern-day travel writer is far more than someone whose major selling point is telling you which foreign hotels have American-sized ice cubes. To give a true look at a distant land’s cultural footprints, the sophisticated travel writer must be something of a scholar, combining the skills of navigator, geologist, botanist, meteorologist, naturalist, mechanic, historian, cartographer, pharmacist, detective, novelist, snob, humorist, mimic, and stamp collector. In short, he needs a passing knowledge of just about everything. Michael Mewshaw, a novelist and prize-winning investigative journalist, competently fills that role. For the past several years, he has written a monthly “Letter from Rome” in European Travel and Life magazine, describing his varied experiences. Now he has published his pieces in this charming collection.

Excellent Cadavers: The Mafia and the Death of the First Italian Republic Italian Days