Portrait of a Lady (Konemann Classics) 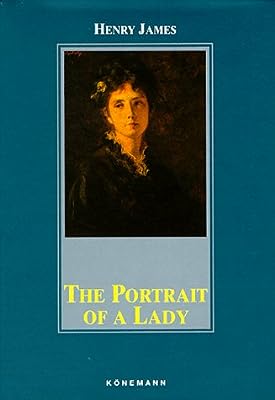 Amazon Reader Review: “The novel Portrait of a Lady is a beautiful. It starts out with a girl named Isabel Archer who goes with her Aunt Touchett to England. Isabel is portrayed beautifully by James in the novel as a curious, independent, intelligent lady. She arrives in isolated Gardencourt where she meets her uncle and her cousin, Ralph Touchett. Soon, she is proposed to by Lord Warburten portrayed as a polite, wealthy, radical gentleman but rejects him because her curiousity expects another, better suiter. Caspar Goodward, her other lover, fallows her to England and is determined to marry her. The two men come in even further in the novel when intrigue and scandel take place. Isabel travels all through Europe but is eventually entrapped and decieved. Drama and intrigue take the stage then. By that time it may sound like some dumb soup opera, but really he refines the situations and makes them realistic but still dramatic unlike most stupid soaps. Some parts may seem long and dull because he explains himself so explicitly with huge paragraphs about one subject but it’s worth it when you’re finished. The characters are done superbly with wonderful description. There is much irony, too, but if you immediately think irony is funny like some people its not in this novel. It’s as a whole a serious novel. The ending is very well done if you think about it. Though it may seem odd it is as a whole witty and crafty.”