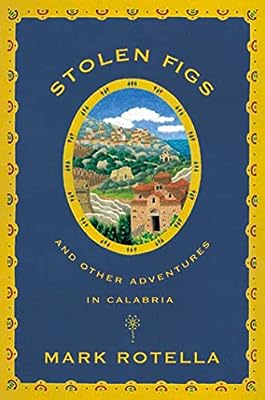 The jacket copy defines PW Forecasts editor Rotella’s narrative as a “model travelogue,” but it’s much more. Even without a conventional conflict and plot, the author’s intensity and personal commitment to a country and its inhabitants cast a spell. Anecdotes range from comedic-a long unseen relative scolds Rotella’s father, “Thirty years and you don’t write!” – to curiously romantic, as when the author’s wedding ring slips off his finger while swimming and a “crazy aunt” exclaims, “That’s good luck. Now you will have to return!” Descriptions of delicacies such as soppressata, capicola, fettucine and rag – simmered with pepperoni incite a desire to be there just for the luscious, succulent meals, supporting Rotella’s belief that you simply can’t get a bad meal in Italy. Calabria is a particularly vivid character; readers learn how much the region has been through: spoiled by drought, destroyed by earthquakes and plundered by barons and kings. Rotella points out the effects of Mafia control in Bianca, a small, decrepit city, and the economic destruction it causes, without belaboring or stereotyping the Italian-Mafia connection. Playful moments are equally memorable, detailing petty fig heists from trees belonging to unknown farmers. Such likable protagonists as Rotella’s loving father, his wife, and guide Giuseppe are woven unobtrusively through the tale of a culture that counts among its children Tony Bennett, Phil Rizzuto and Stanley Tucci. The book is a love letter, and Rotella reinforces that feeling when he writes, “I am a romantic. With each trip back to Calabria, I’ve felt myself becoming not only more Calabrese but more Italian.” Readers, whether Italian or not, will find themselves captivated by so much meticulously drawn history and enchanting terrain.

“Italian-Americans of a new generation are discovering their homeland, and they could not ask for a better guide than Mark Rotella.” – Gay Talese

“The author’s intensity and personal commitment to a country and its inhabitants cast a spell . . . Readers, whether Italian or not, will find themselves captivated.” – Publishers Weekly

“Evocative, beautifully rendered travelogue/memoir by Publishers Weekly editor Rotella, recounting his adventures in Calabria, the toe of Italy’s boot and the land of his ancestry…” – Kirkus Reviews

“Calabria deserves to be discovered and Mark Rotella is an enthusiastic and compassionate guide, traveling from the top to the toe of this least-known region of Italy to uncover the people, the food and the folk traditions that make up his Calabrian heritage.” – Mary Taylor Simeti

By the Ionian Sea 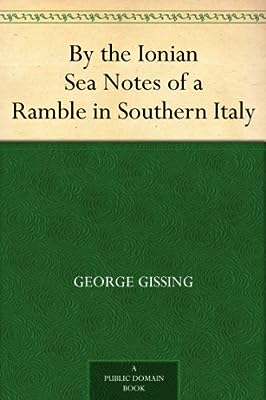 In 1897 the Victorian novelist George Gissing undertook a brief but eventful journey in southern Italy. His itinerary took him from Naples to Reggio di Calabria, via Paola, Cosenza, Crotone, and Squillace, through the area once known as Magna Graecia. Meditating on the vestiges of Greco-Roman civilization, Gissing visited tombs, temples, museums, and cathedrals in search of the imprint of antiquity and “that old world which was the imaginative delight of my boyhood.” The result was By the Ionian Sea, first published in 1901. By turns lyrical and melancholy, Gissing’s masterpiece of travel writing alternates between light and dark, life and death, Paganism and Christianity. Looking at Italy in both its classical and contemporary dimensions, By the Ionian Sea celebrates Calabria’s rich cultural past and beautiful landscapes while providing a candid account of hardship and poverty in southern Italy. George Gissing was an English novelist who wrote 23 novels between 1880 and 1903. Between 1891 and 1897 (his so-called middle period) he produced his best works, which include New Grub Street, Born in Exile, The Odd Women, In the Year of Jubilee, and The Whirlpool. By some critics he is counted alongside George Meredith and Thomas Hardy as one of the best three novelists of his day.

The Cat That Ate the Cannoli: Tales of the Hidden Jews of Southern Italy 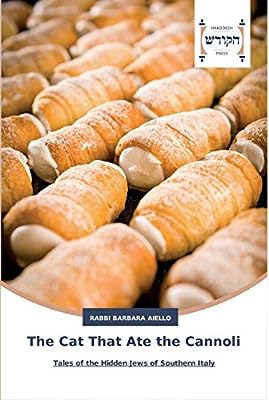 A tabby cat, an Italian confection, and a young girl on the threshold of adulthood… A family gathers atop a mountain in Calabria, Italy where hidden Jews have practiced in secret for 500 years. As a rabbi unrolls a Torah scroll, inscribed in Hebrew in 1783, the ancient words illuminate the restored sanctuary, once a hidden prayer room, now brought to life in worship and song. The Italian-American rabbi is determined to uncover the Jewish roots buried in these hills, lost through centuries of persecution and obscured by decades of misunderstanding. Faced with more questions than answers, the tenacious rabbi overcomes the obstacles thrown her way by traditional colleagues to uncover the Jewish heritage that many believe had been lost forever. Rabbi Barbara Aiello is founder of the B’nei Anusim movement in Southern Italy and director of the IjCCC (The Italian Jewish Cultural Center of Calabria) which helps those with Italian heritage discover and embrace their Jewish roots. Aiello is rabbi of Ner Tamid del Sud, the first active synagogue in Calabria in 500 years since Inquisition times.

Calabria: The Other Italy 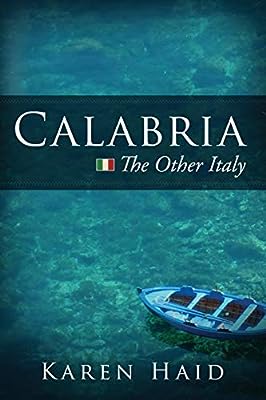 Once the hub of the Mediterranean, Calabria now dangles, largely ignored, at the bottom of the Italian boot, struggling for survival, acceptance and a place in modern Italy and the world. Little-known even to Italians outside the nefarious activities of its ‘Ndrangheta mafia organization, Calabria allures with its simplicity and rewards with an underlying complexity, as in savoring an artisanal cheese, appreciating an ancient Greek masterwork or interpreting a particularly expressive phrase in the local dialect. Based on the author’s experiences living, working and traveling throughout the region, Calabria: The Other Italy captures the essence of present-day Calabria, weaving observation, personal anecdote, salient historical information and social commentary into a nonfiction narrative that combines travelogue with an exploration of everyday life and culture. At times humorous, at others poignant, this fascinating work shares the joys and challenges of the “other Italy.” 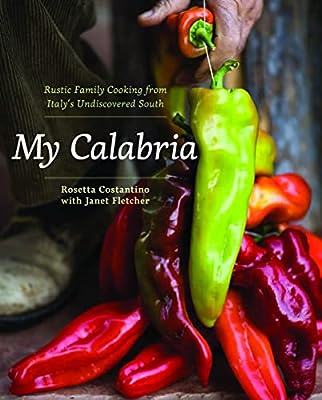 At the tip of Italy’s “boot” lies Calabria. It is a beautiful, mountainous region populated by fishermen and small farmers. Rosetta Costantino grew up in this rugged landscape, her father a shepherd and wine maker and her mother his tireless assistant. When her family immigrated to California, they re-created a little Calabria on their property, cooking with eggplant, tomatoes, and peppers from their garden, fresh ricotta made from scratch, and pasta fashioned by hand. A frugal people, Calabrians are master preservers, transforming fresh figs into jam, canning fresh tuna in oil, and sun-drying peppers for the winter. Now Rosetta shares her family’s story and introduces readers to the fiery simplicity of Calabrian food. With 100 color photographs, this is the first cookbook of a little-known region of Italy. It celebrates the richness of the region’s landscape and the allure of its cuisine. My Calabria is a cookbook for our time: a reminder of how ingenious and resourceful cooks can create a gorgeous local cuisine.