I Will Have Vengeance (Commissario Ricciardi #1) 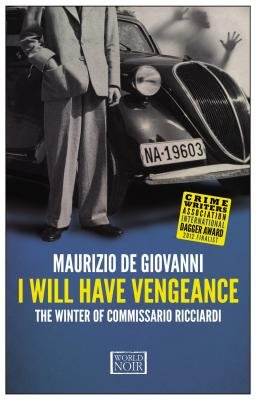 Fans of Donna Leon and Manuel Vázquez Montalbán will thrill to this fresh voice in crime fiction. I Will Have Vengeance is the first book in a long series of masterful crime novels set in fascist Italy. Naples, March 1931: a bitter wind stalks the city streets, and murder lies at its chill heart. When the world’s greatest tenor, Maestro Arnaldo Vezzi, is found brutally murdered in his dressing room at Naples’ San Carlo Theatre, the enigmatic and aloof Commissario Ricciardi is called in to investigate. Arrogant and bad-tempered, Vezzi was adored by millions and hated by hundreds, but with the livelihoods of everyone at the San Carlo opera at stake, who there would have committed such an act? Ricciardi is determined to find out. Ricciardi has visions. He sees and hears the final seconds in the lives of victims of violent deaths. It is both a gift and a curse. It has helped him become one of the most acute and successful homicide detectives in the Naples police force. But all that horror and suffering has hollowed him out emotionally. He drinks and doesn’t sleep. Other than his loyal partner Brigadier Maione he has no friends. 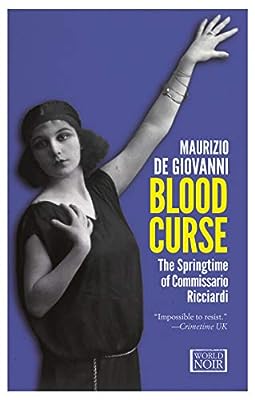 Murder suspects abound in this atmospheric thriller set in Naples in 1931. Commissario Ricciardi, one of the most original and intriguing investigators in contemporary crime fiction, will have his work cut out for him. In a working class apartment in the Sanità neighborhood an elderly woman by the name of Carmela Calise has been beaten to death. When Ricciardi and Maione arrive at the scene they start asking the neighbors questions. No one wants to talk but slowly a few interesting facts slip out. Carmela Calise was moonlighting as a fortuneteller and moneylender. In her decrepit apartment she would receive clients, among them some of the city’s rich and powerful, predicting their futures in such a way as to manipulate and deceive. If economic ruin lurked in their futures, Calise was happy to help. For a price, of course. She had many enemies, those indebted to her, manipulated by her lies, disappointed by her prophesies or destroyed by her machinations. 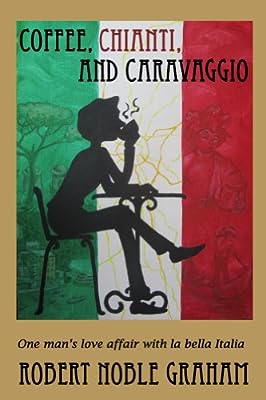 A masterwork of Italian rambling. Those who have rambled with Robert through Cuba and Spain already know what to expect, but Italy is more so. Robert rambles through great sites of Rome and Venice of course, but finding a special meal on the exclusive beach of Portofino or listening to woodworm digest a bed in the Chianti hills take a special mastery. Whether getting lost on the tourist road from Bologna or crossing to Capri with a Mafia don, Robert rambles through history, language and gastronomy as readily as the back streets of Naples for delight, color and discovery. Who did Caravaggio kill and who killed him? What did Tiberius get up to in Villa Jovis? Why are car crashes in Naples more democratic than anywhere else? How can one man who so easily loses himself when travelling be so good at finding unique, memorable companions? Sometimes alone, sometimes in company, Robert’s tales give you more color, romance and knowledge of Italy than many an expensive visit will provide. Whether you wish to laugh, marvel or learn, this book will meet the need. 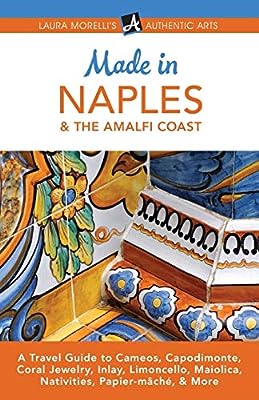 Don’t buy anything in Naples, Italy or the Amalfi Coast until you read this book! Every trip needs a souvenir. When you encounter limoncello, handmade cameos, or the famous nativity scenes of Naples, you’ll be tempted to take a part of this beautiful place home with you. But how do you know if you’re buying something authentic or falling prey to one of the region’s many tourist traps? Author and art historian Laura Morelli, a trusted guide in the world of cultural travel and authentic shopping, is here to help. In Made in Naples and the Amalfi Coast, Morelli leads you through the region’s most authentic arts, teaching you the difference between authentic master artisans and the knock-offs, and making you every tourist trap’s worst nightmare: an educated buyer. Join Laura Morelli on a journey beyond the souvenir shops into an immersive cultural experience you won’t find in any other guidebook. In this book, you’ll discover practical tips for locating the most authentic goods in Naples & the Amalfi Coast, useful information on pricing, quality, and value, a brief history of Neapolitan art, and much, much more! If you like fascinating historical tidbits, comprehensive resources, and an immersive experience into the history of Italian art, then you’ll love this fluidly written book. Bring it alongside more traditional guidebooks on your vacation and you’ll be sure to come back with the best of Italy…without getting ripped off!