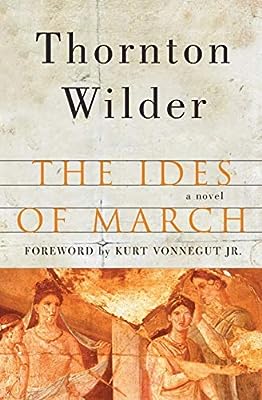 In this inventive narrative, the Caesar of history becomes Caesar the human being. The Ides of March, first published in 1948, is a brilliant epistolary novel set in Julius Caesar’s Rome. Thornton Wilder called it “a fantasia on certain events and persons of the last days of the Roman republic.” Wilder also resurrects the controversial figures surrounding Caesar — Cleopatra, Catullus, Cicero, and others. All Rome comes crowding through these pages — the Rome of villas and slums, beautiful women and brawling youths, spies and assassins. Through vividly imagined letters and documents, Wilder brings to life a dramatic period of world history and one of history’s most magnetic, elusive personalities. 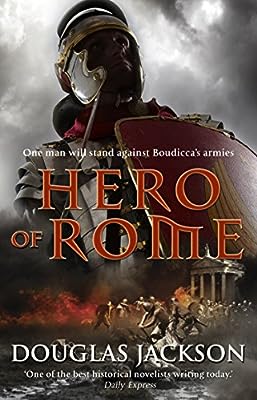 The first book in an action-packed and rigorously researched new Roman historical series by the acclaimed author of Caligula and Claudius.

The Roman grip on Britain is weakening. Emperor Nero has turned his face away from this far-flung outpost. The Druids are on the rise, spreading seeds of rebellion among the British tribes. Roman cruelty and exploitation has angered their British subjects. The warrior queen Boudicca will lead the tribes to war.  Standing against the rising tide of Boudicca’s rebellion is Roman Tribune, Gaius Valerius Verrens, Commander of the veteran legions at Colonia. Valerius leads the veterans in a last stand against the unstoppable horde of Boudicca’s rebel army. Step by step, the bloodied survivors are forced back into the Temple of Claudius. It is here that Valerius wins lifelong fame and the accolade Hero of Rome.

Douglas Jackson turned a lifelong fascination for Rome and the Romans into his first two novels, Caligula and Claudius. He was born in Jedburgh, in the Scottish Borders and now lives in Bridge of Allan. Hero of Rome is the first novel in a major new Roman historical action series. 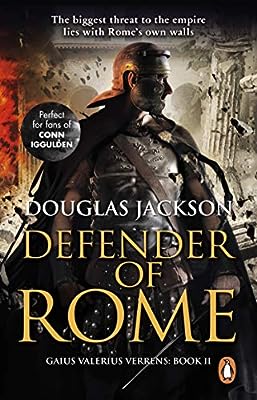 Gaius Valerius Verrens returns to Rome from the successful campaign against Boudicca in Britain. Now hailed a ‘Hero of Rome’, Valerius is not the man he once was – scarred both physically and emotionally by the battles he has fought, with his sister mortally ill and his father in self-imposed exile. And neither is Rome the same city as the one he left. The Emperor Nero grows increasingly paranoid. Those who seek power for themselves whisper darkly in the emperor’s ears. They speak of a new threat, one found within the walls of Rome itself. A new religious sect, the followers of Christus, deny Nero’s divinity and are rumored to be spreading sedition. Nero calls on his ‘Hero of Rome’ to become a ‘Defender of Rome’, to seek out this rebel sect, to capture their leader, a man known as Petrus. Failure would be to forfeit his life, and the lives of twenty thousands Judaeans living in Rome. But as Valerius begins his search, a quest which will take him to the edge of the empire, he will discover that success may cost him nearly as much as failure. 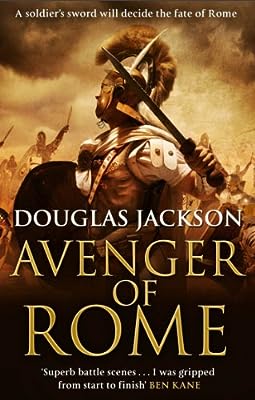 Emperor Nero’s grip on power is weakening. In every shadow he sees an enemy and like a cornered animal he lashes out at every perceived threat. His paranoia settles on the figure of Gnaeus Domitius Corbulo, Rome’s greatest General, who leads the imperial legions in the East. So popular is Corbulo with his men that he effectively presides over an Empire within an Empire. Is Corbulo preparing to march against Rome and take the purple? Gaius Valerius Verrens, Hero of Rome, is ordered to Antioch with the power of life and death over Corbulo, a soldier he worships. There he finds word of his mission has preceded him and every man’s hand is turned against him. But Corbulo’s eyes are not on Rome, they’re on a new threat to the Empire’s border. The Parthian King of Kings, Vologases, is marching to war and with such an army, if he’s not stopped he might overwhelm the entire Roman east. Valerius marches at Corbulo’s side. Outnumbered, they make a stand in the barren wastes beyond the Tigris to meet Vologases in an epic contest of military might and ingenuity that will decide the fate of the Empire. And while he fights for the Empire, and for his own survival on the battlefield, Valerius must decide whether to complete his mission, or risk incurring his Emperor’s dangerous wrath. 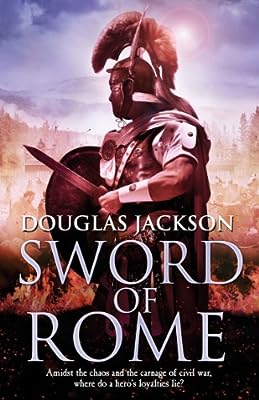 68AD. The Emperor Nero’s erratic and bloody reign is in its death throes when Gaius Valerius Verrens is dispatched to Rome on a mission that will bring it to a close. With Nero dead, the city holds its breath and awaits the arrival of his successor, Servius Sulpicius Galba, governor of Hispania. The Empire prays for peace, but it prays in vain. Although Galba promises stability and prosperity, his rule begins with a massacre and ends only months later in chaos and carnage. This will become known as the Year of the Four Emperors, a time of civil war which will tear Rome apart and test Valerius’s skills and loyalties to their very limit. Fortunate to survive Galba’s fall, Valerius is sent on a mission by Rome’s new Emperor, Otho, to his old friend Vitellius, commander of the armies of the north. Vitellius’s legions are on the march, and only Valerius can persuade him to halt them before the inevitable confrontation. In an epic adventure that will take him the length and breadth of a divided land, the one-armed Roman fights to stay alive and stave off a bloodbath as he is stalked by the most implacable enemy he has ever faced.