The House at the Edge of Night 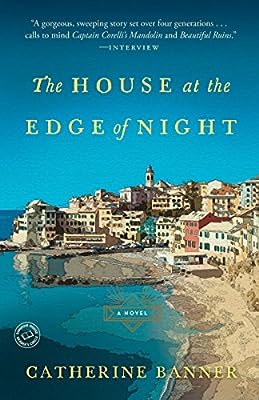 NAMED ONE OF THE BEST BOOKS OF THE YEAR BY NPR

A sweeping saga about four generations of a family who live and love on an enchanting island off the coast of Italy—combining the romance of Beautiful Ruins with the magical tapestry of works by Isabel Allende.

Castellamare is an island far enough away from the mainland to be forgotten, but not far enough to escape from the world’s troubles. At the center of the island’s life is a café draped with bougainvillea called The House at the Edge of Night, where the community gathers to gossip and talk. Amedeo Esposito, a foundling from Florence, finds his destiny on the island with his beautiful wife, Pina, whose fierce intelligence, grace, and unwavering love guide her every move. An indiscretion tests their marriage, and their children—three sons and an inquisitive daughter—grow up and struggle with both humanity’s cruelty and its capacity for love and mercy. Spanning nearly a century, through secrets and mysteries, trials and sacrifice, this beautiful and haunting novel follows the lives of the Esposito family and the other islanders who live and love on Castellamare: a cruel count and his bewitching wife, a priest who loves scandal, a prisoner of war turned poet, an outcast girl who becomes a pillar of strength, a wounded English soldier who emerges from the sea. The people of Castellamare are transformed by two world wars and a great recession, by the threat of fascism and their deep bonds of passion and friendship, and by bitter rivalries and the power of forgiveness. 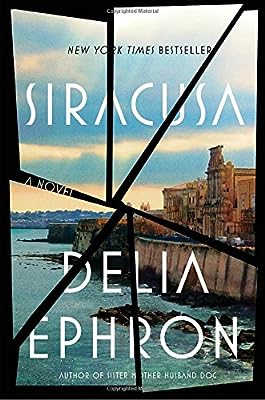 New Yorkers Michael, a famous writer, and Lizzie, a journalist, travel to Italy with their friends from Maine—Finn; his wife, Taylor; and their daughter, Snow. “From the beginning,” says Taylor, “it was a conspiracy for Lizzie and Finn to be together.” Told Rashomon-style in alternating points of view, the characters expose and stumble upon lies and infidelities past and present. Snow, ten years old and precociously drawn into a far more adult drama, becomes the catalyst for catastrophe as the novel explores collusion and betrayal in marriage. With her inimitable psychological astute­ness and uncanny understanding of the human heart, Ephron delivers a powerful meditation on marriage, friendship, and the meaning of travel. Set on the sun-drenched coast of the Ionian Sea, Siracusa unfolds with the pacing of a psychological thriller and delivers an unexpected final act that none will see coming. 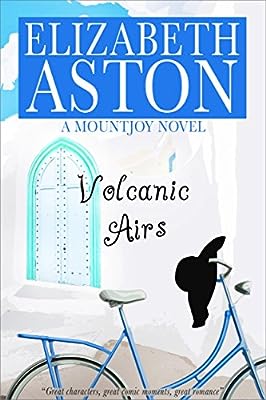 Where would you rather be? Lonely and fog-bound in an ancient English castle, or sitting under the stars with friends on a magical Mediterranean island? Magdalena Mountjoy, furious with her impossible husband, the rakish Valdemar, doesn’t hesitate when she has the chance to run away to Aeolus, a jewel of an island off the coast of Sicily. Yet every Eden has its serpent. As friends and relations arrive to share the bliss, fleeing from their own problems with life and love, Magdalena begins to wish herself back at Mountjoy Castle. Meanwhile Dido, once a dancer and now a nanny, listens to her voices and foretells just where this of complex dance of love and betrayal will end for her companions as they enjoy the idyll of an Italian summer. Love conquers all—but will it this time? 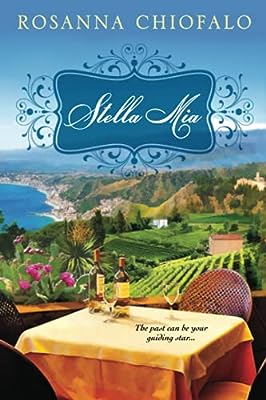 Rosanna Chiofalo’s poignant, beautifully written novel evokes the stunning scenery of Sicily and the Aeolian Islands and tells of mothers and daughters, love and sacrifice–and the choices that resound across continents and through generations. Julia Parlatone doesn’t have much to remember her Italian mother by. A grapevine that Sarina planted still flourishes in the backyard of Julia’s childhood home in Astoria, Queens. And there’s a song, “Stella Mia,” she recalls her mother singing–my star, my star, you are the most beautiful star–until the day she left three-year-old Julia behind and returned to Italy for good. Now a happily married schoolteacher, Julia tries not to dwell on a past she can’t change or on a mother who chose to leave. But in an old trunk in the family basement, she discovers items that belonged to her mother–a song book, Tarot cards, a Sicilian folk costume–and a diary. Sarina writes unflinchingly of her harsh childhood and of a first, passionate love affair; of blissful months spent living in the enchanting coastal resort town of Taormina and the unspoiled Aeolian Islands north of Sicily as well as the reasons she came to New York. By the diary’s end, Julia knows she must track down her mother in Italy and piece together the rest of the complex, bittersweet truth–a journey that, for better or worse, will change her own life forever.

The Shape of Water (The Inspector Montalbano Mysteries Book 1) 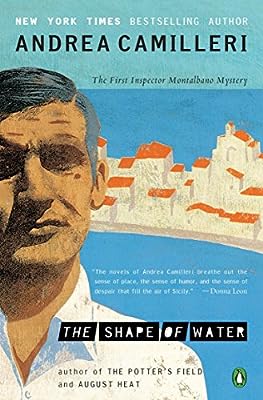 Andrea Camilleri’s novels starring Inspector Montalbano have become an international sensation and have been translated from Italian into eight languages, ranging from Dutch to Japanese. The Shape of Water is the first book in this sly, witty, and engaging series with its sardonic take on Sicilian life. Early one morning, Silvio Lupanello, a big shot in the village of Vigàta, is found dead in his car with his pants around his knees. The car happens to be parked in a rough part of town frequented by prostitutes and drug dealers, and as the news of his death spreads, the rumors begin. Enter Inspector Salvo Montalbano, Vigàta’s most respected detective. With his characteristic mix of humor, cynicism, compassion, and love of good food, Montalbano goes into battle against the powerful and the corrupt who are determined to block his path to the real killer. This funny and fast-paced Sicilian page-turner will be a delicious discovery for mystery afficionados and fiction lovers alike.