Renaissance Florence: The Invention of a New Art 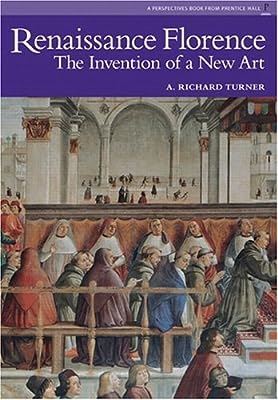 Turner’s (arts and humanities, New York Univ.) introduction to early Renaissance Florence neatly articulates the economic, political, and religious milieu of the city’s artistic efflorescence. Within that context, he artfully limns an image of the expanding urban fabric of the 14th and 15th centuries. Besides evoking the problems of artistic function, patronage, and the training and professional life of the artist, the author articulates the intricate stylistic byways that mark the onset of the new Renaissance approach in sculpture, architecture, and painting, including a survey of the interior decoration of monasteries and homes and a contextual overview of some of the key monuments of the later 15th century. While unsurprising in its approach and conclusions, this carefully etched work is more than adequate as a primer to the study of the early Renaissance in Florence.