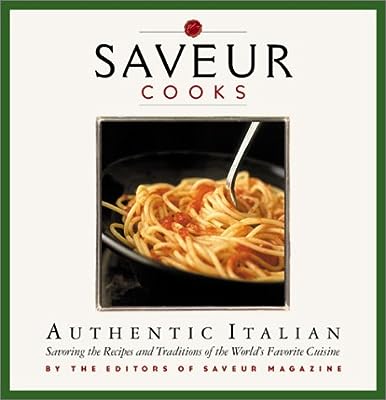 In this beautifully designed and printed volume, the editors of Saveur magazine bring to the American kitchen the flavors and liveliness of Italy’s food and wine, as well as its people. Colman Andrews, editor-in-chief of Saveur, has compiled contributions from such noted authorities as Marcella Hazan, Lidia Bastianich and Vincent Schiavelli, as well as many regional cooks, who provide not only recipes but also insights into the Italian way of life. From antipasti and salads to pasta and risotto, and from poultry and meats to desserts, the recipes make use of seasonal, local and often simple ingredients. Many are robust examples of home cooking, from the straightforward Tonno e Fagioli (Tuna and White Bean Salad) to the intensely flavored Crostini with Porcini. Pollo alla Cacciatora (Hunter’s Wife’s Chicken) is another example of these full-bodied tastes; text accompanying the recipe explains that the dish should be called the feminine cacciatora, rather than the masculine cacciatore, because the hunter’s wife would have cooked it “on the eve of the hunt as fuel for the chase.” Sidebars throughout provide explanations and enlightenment about the ingredients, as well as about Italian customs and people. With explorations of salt cod and oregano, pasta sizes and Missouri’s Little Italy, this book is a fascinating read, as well as a fine culinary resource.

Amaro: The Spirited World of Bittersweet, Herbal Liqueurs, with Cocktails, Recipes and Formulas