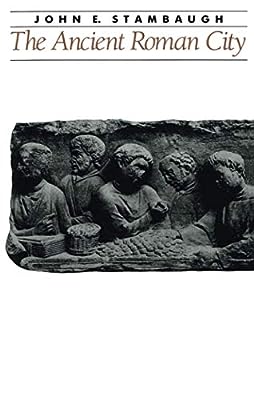 Stambaugh aims at a comprehensive view of urban life in the ancient Roman world. Offering an overview of political history, liberally seasoned with a survey of the architectural development of Rome, he incorporates a catalog of the best known statesmen and authors; these figures are later invoked for the light they can shed on urban values and perspectives. The book’s latter half provides a panorama of various aspects of Roman city living. The topography and the city’s architecture provide a distinctive emphasis for an introductory account much like L. Richardson Jr.’s “Pompeii: An Architectural History,” which joins Stambaugh’s in the new series “Ancient History and Society.”

Art and Architecture of Rome, from Ancient Times to the Baroque Memoirs of Hadrian