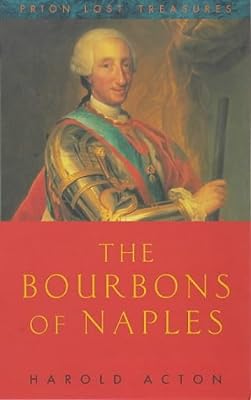 A classic of European history, long out of print, written by a celebrated aesthete and historian. Before the unification of Italy in 1870, Naples was the capital of the largest of the separate Italian kingdoms. Ruled for more than 100 years by the Bourbons, one of the most eccentric and pleasure-seeking of European dynasties, Naples attracted aristocratic travelers by the hundreds; it also attracted the armies of revolutionary France. Sir Harold Acton, who had unique access to state and private archives, wrote The Bourbons of Naples over 40 years ago. Teeming with unforgettable characters, royal eccentrics, court intrigue, and the vivid events of 18th-century Italy, it is a masterpiece of modern historical writing.