The Cielo: A Novel of Wartime Tuscany 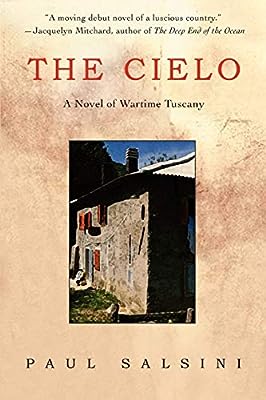 During World War II, the beautiful hills of Tuscany are transformed into horrific battlefields as Italian partisans sabotage the Germans. When Hitler’s SS begins to commit ghastly atrocities, terrified villagers flee to farmhouses in the hills for refuge. The villagers initially cower as the war rages around them, but they overcome petty differences, confront betrayal by one villager, fearlessly house an escaped prisoner and survive a raid by the Nazis. As the brutal war continues, a young girl finds love, two boys become heroes, and secrets are revealed. Then an unthinkable event changes their lives forever. Inspired by the experiences of author Paul Salsini’s relatives, The Cielo: A Novel of Wartime Tuscany is a riveting story of courage, endurance, and the power of the human spirit in the cruelest of times.

Iris Origo: Marchesa of Val D’Orcia A Thread of Grace