The Complete Idiot’s Guide to the Roman Empire 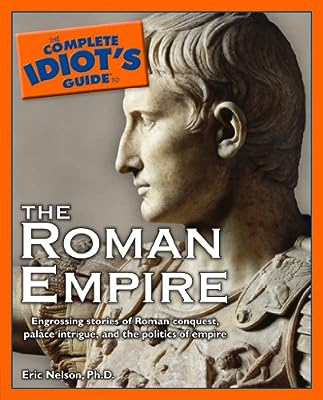 It’s easy to romanticize or demonize ancient cultures, but the more you know, the more complicated things become. While the Romans were insightful, ambitious, pragmatic, and influential people, they could also be cruel, rigid, bloodthirsty, stifling, overly garish and yet a bit drab. But no other civilization has left such an imprint on the laws, lives, borders, religion, literature, politics, art, architecture, and popular imagination of the West. The Complete Idiot’s Guide to the Roman Empire discusses the framework of ideals, infrastructure, politics, military tactics, economics, communications, and education that girded together the West.