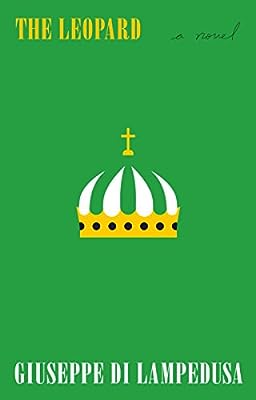 Translated from the Italian by Archibald Colquhoun

In Sicily in 1860, as Italian unification grows inevitable, the smallest of gestures seems dense with meaning and melancholy, sensual agitation and disquiet: “Some huge irrational disaster is in the making.” All around him, the prince, Don Fabrizio, witnesses the ruin of the class and inheritance that already disgust him. His favorite nephew, Tancredi, proffers the paradox, “If we want things to stay as they are, they will have to change,” but Don Fabrizio would rather take refuge in skepticism or astronomy, “the sublime routine of the skies.”

Giuseppe di Lampedusa, also an astronomer and a Sicilian prince, was 58 when he started to write The Leopard, though he had had it in his mind for 25 years. E. M. Forster called his work “one of the great lonely books.” What renders it so beautiful and so discomfiting is its creator’s grasp of human frailty and, equally, of Sicily’s arid terrain–“comfortless and irrational, with no lines that the mind could grasp, conceived apparently in a delirious moment of creation; a sea suddenly petrified at the instant when a change of wind had flung waves into frenzy.” The author died at the age of 60, soon after finishing The Leopard.

“…Lampedusa’s deftness with words is so fine that… to many readers The Leopard is the greatest Italian novel of this century, perhaps the greatest ever, and uniquely relevant to modern Italy.” – The Economist

Portrait of a Lady (Konemann Classics) The Siren and Selected Writings