The Passion of Artemisia 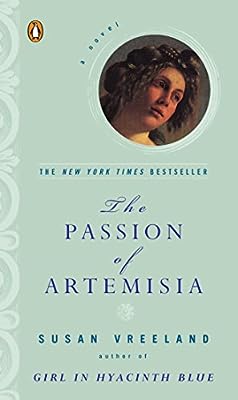 Like her bestselling debut, Girl in Hyacinth Blue, Susan Vreeland’s second novel The Passion of Artemisia traces a particular painting through time: in this case, the post-Renaissance painter Artemisia Gentileschi’s violent masterpiece, “Judith.” Although the novel purports to cover the life of the painter, the painting serves as a touchstone, foreshadowing Artemisia’s rape by Agostino Tassi, an assistant in her father’s painting studio in Rome; the well-documented (and humiliating) trial that followed; the early days of her hastily arranged marriage; and her eventual triumph as the first woman elected to the Accademia dell’Arte in Florence. Although Vreeland makes a bit free with her characters (which she admits in her introduction), attributing some decidedly modern attitudes to people who would not have thought that way at the time, her book is beautifully researched and rich with casual detail of clothing, interiors, and street life. She deftly works history and politics into the background of her canvas, keeping her focus on Artemisia and her family. Beyond the paintings Artemisia left behind, Vreeland’s vision may be as close as we can come to understanding the anger and ambition that kept this talented woman at the doors of the Accademia, demanding entrance, in a time when respectable women rarely left their homes.